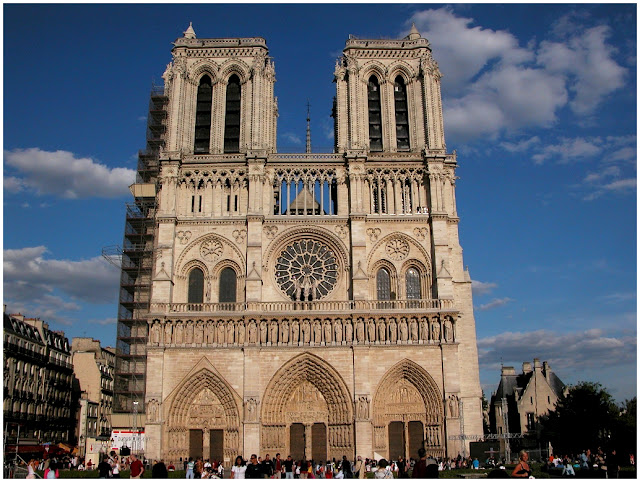 Photo catedralnotredame.wordpress.com GUNSHOTS have been heard at the famous Notre Dame Cathedral in Paris as police rushed to the scene
Police confirmed they are attending an incident at the cathedral and have warned the public to stay away.
Tourists and worshippers were seen running away from the scene in the centre of the French capital. Local media has said police have shot a man who attempted to attack an officer with a hammer outside the cathedral.
Visitors inside the cathedral have tweeted their families saying they are trapped inside the building. About a couple of thousand of people are inside, crouching down between the pews, a British witness said.