Another fire horror! 45 dead in central Portugal as forest fires "with great violence" explode during heatwave of 40 C (104 F) 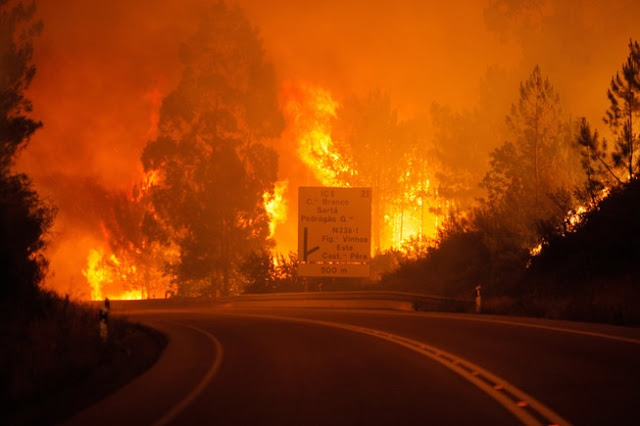