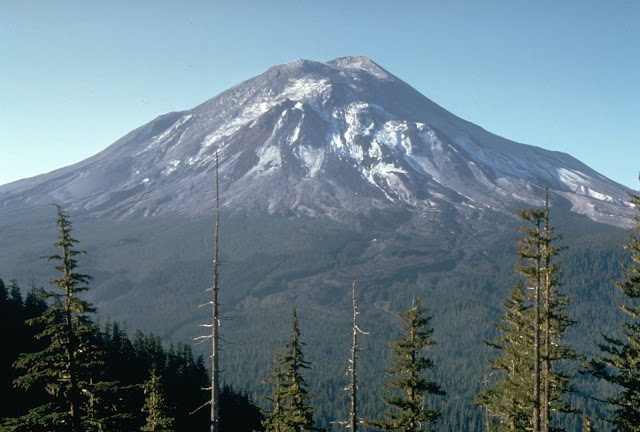 Photo it.wikipedia.org
With well over 100 earthquakes detected on Mount St. Helens since early April, things are getting a little rumbly up there.
The earthquakes are likely a sign of the volcano "recharging," as magma moves beneath it again, according to the U.S. Geological Survey.
Coincidentally, yesterday marked 37 years since the mountain blew its top, sending ash 80,000 feet in the air and destroying a swath of the landscape 23 miles wide and 19 miles long with a combination of the blast, landslide and volcanic mud flows (lahars).
The eruption killed 57 people and is considered the most destructive volcanic eruption in U.S. history.
But fear not, as the earthquakes have come to be almost common since the mountain began its recharging process back in 2008, with swarms detected regularly.