Bird flu arrives in Tennessee: Tests confirmed the presence of the Highly Pathogenic Avian Influenza, or HPAI at a facility in Lincoln County 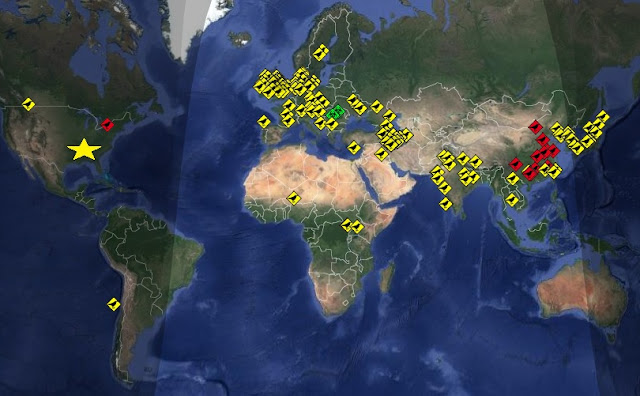 Click on RSOE Alert map to enlarge, red squares indicate humans infected or dead
Agriculture officials say a commercial chicken breeding facility in south-central Tennessee has been hit by a strain of bird flu.
The state Agriculture Department says in a news release that tests confirmed the presence of the Highly Pathogenic Avian Influenza, or HPAI, at a facility in Lincoln County.
The facility alerted the state veterinarian's office on Friday about an increase in chicken deaths.
The statement did not name the facility.
The facility and about 30 other poultry farms within about a six-mile radius of the site are under quarantine.
Officials said HPAI poses no risk to the food supply, and no affected chickens entered the food chain. The statement says the most recent U.S. detection of HPAI was in January 2016 in a commercial turkey flock in Indiana.