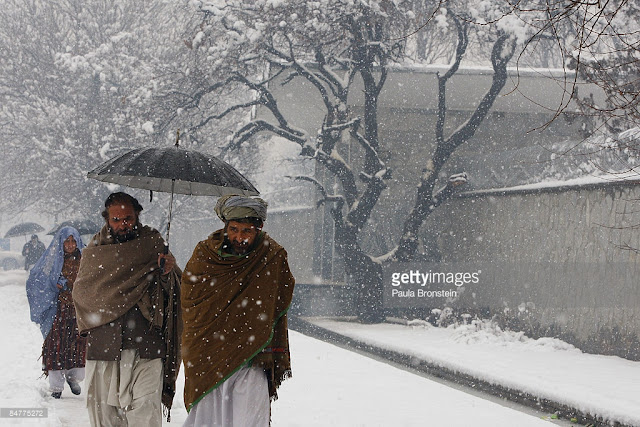 Photo Getty Images
Over 40 people have been confirmed dead with hundreds of livestock dead and more than 100 homes destroyed as a snowstorm hits Afghanistan on Sunday, prompting the government to declare Sunday as public holiday.
The unprecedented snow in a decade has led to the closure of main highways leaving many people stranded, out of power and other supplies.
A high-level meeting chaired by President Mohammad Ashraf Ghani directed the concerned officials and departments to be on their toes in response to the harsh winter.
According to the country's National Disaster Management Authority (NDMA), the extraordinary snowfall has particularly affected some 19 provinces where up to 100 homes have been completely destroyed.
Syed Abdul Humayun Dehqaan, head of the Badakhshan chapter of the NDMA, told Anadolu Agency heavy snowfall in Maimy and Yaran districts of the province has claimed 18 lives and has left 12 people critically injured. 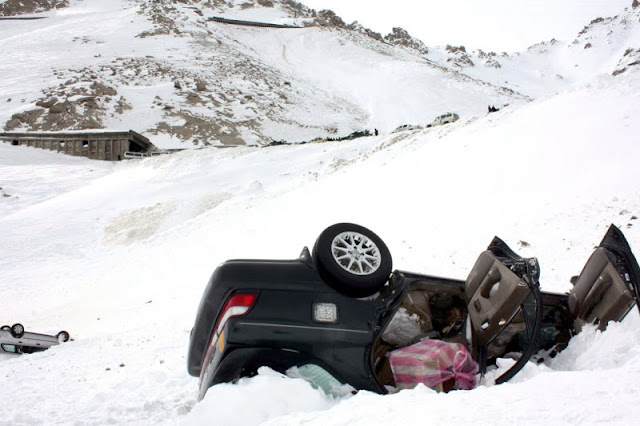 Photo Afghanistan Blizzard
The heavy snowstorm has also closed roads in Paktya, Khost, Parwan, Sar-i-Pul, Jawzjan, Bamyan, Daikundi, Paktika and Ghazni provinces as well.
Fourteen people were killed and four wounded in an avalanche in the Surkh Parsa district of central Parwan province.
Seven casualties have been confirmed in the southeastern provinces while at least six people have reportedly died in the northwest on Sunday.
The southern Kandahar province has also received an unprecedented snowfall in over two decades. Four main road links between the capital Kabul and the rest of the country are literally closed for traffic due to thick layers of snow.
Number of heavy goods career and public transport have been stranded on the Salang Pass which connects capital Kabul to nine provinces in the north.
Blockages have also occurred on the Kabul-Kandahar link of the AH1 Ring Road.
Piles of snow on the runway of Kabul's Hamid Karzai International Airport also delayed a number of domestic and international flights.