Another massive Coronal hole turns to face the Earth ejecting solar wind at speeds of more than 500 km/sec: Expect major quakes in the coming days 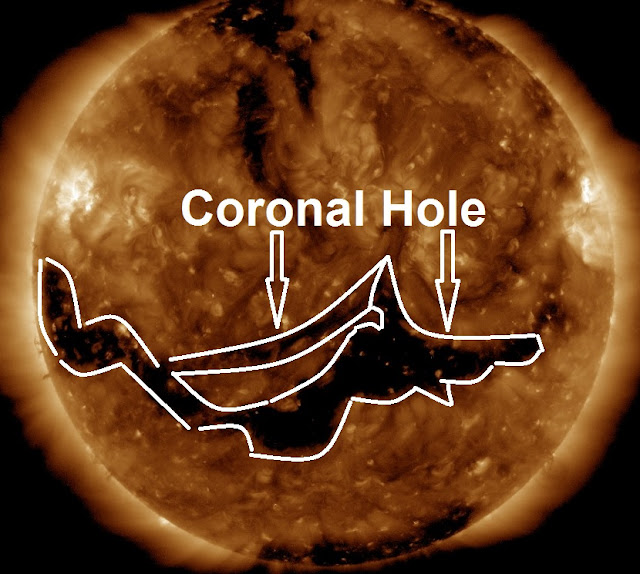 Another massive long and sinuous coronal hole is cutting across almost the entire face of the southern hemisphere of the sun and is facing Earth.
Major quakes may well feature in the coming days or we could have a run on volcano eruptions which is what happened at the end of last month when another massive coronal hole faced Earth.

Solar wind speed which is hitting the Earth's magnetospher at an astonishing 507.3 km/sec shown below

THE SOLAR WIND HAS ARRIVED: As predicted, today Earth is entering a stream of high-speed solar wind. Flowing from a canyon-shaped hole in the sun's atmosphere, the stream could affect our planet for at least the next two days, reports Spaceweather.com.