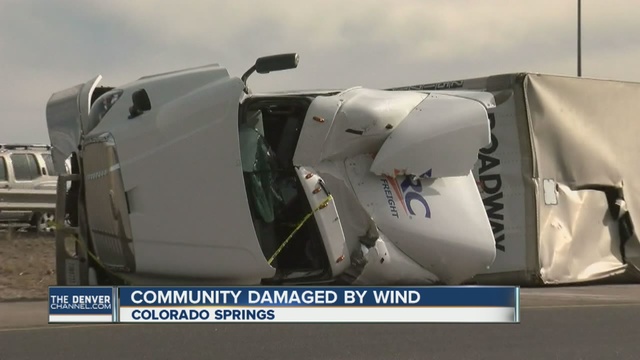 Photo 7News
Thousands are without power, Interstate 25 is closed to high profile vehicles and a courthouse has been evacuated due to extremely high winds in southern Colorado.
Blowing debris was seen shattering car windows and damaging roofs in Colorado Springs, where 16,000 people are without power - an outage Colorado Springs Utilities said was almost unprecedented.
The National Weather Service says a wind gust of 101 miles per hour was reported at the Cheyenne Mountain Air Force Station. 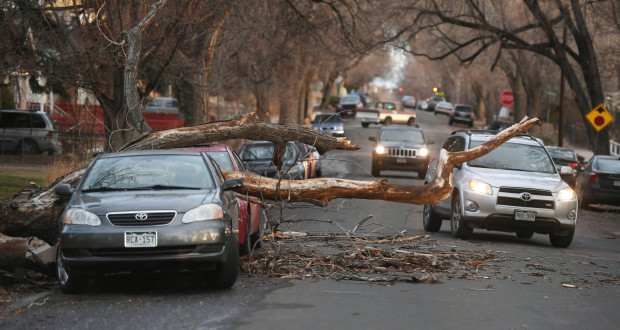 Fort Carson has issued a "shelter in place" order due to the high winds.
They are asking people not to go outside unless it's an emergency.
"Avoid areas with numerous windows.
Stay away from power lines, trees and signage as well as high profile areas.
Do not drive if you have a high profile vehicle.
If you or someone near you is injured immediately call 911," the order read.
The roof at the El Paso County Courthouse, meanwhile, was so damaged that authorities had to evacuate the building.
The wind prompted Mountain Metropolitan Transit to announce that it would be suspending its bus service until noon Tuesday due to "extreme wind conditions."
This is per CDOT's directions, MMT said.
The Colorado Department of Transportation has issued a High Wind Restriction for I-25 from Monument Hill to New Mexico.
This prohibits all CMV and other high profile vehicles from using the highway.
Colorado State Patrol says multiple trucks have toppled in the area, and other vehicles have been blown off the roads.