The Polar Vortex Is Back: US is braced for a massive cold anomaly with temperatures set to hit -40 Fahrenheit (-40 deg C) next week!

The 6-10 day outlook shows the western half of the USA and Alaska in a deep cold anomaly.
Temperatures in the US are set to plunge to incredible depths in the coming days, parts of Idaho, Wyoming and Utah could be looking at incredible temperatures hovering around, - 40 Fahrenheit, (-40 deg C)
These are deadly temperatures and will be almost unbearable for people outdoors, for homeless people and the vulnerable it will be a very dangerous period.
The very cruel cold of the polar vortex is set to return to the United States this winter dropping temperatures so cold parts of the US will be colder than Mars on occasions. Experts claim a cold winter is imminent as snow cover in Siberia has reached its highest point for this time of year in decades, which according to MIT climatologist Judah Cohen, claims this year’s conditions are a ‘textbook situation,’ and would be a carbon copy of the last two winters in the US. 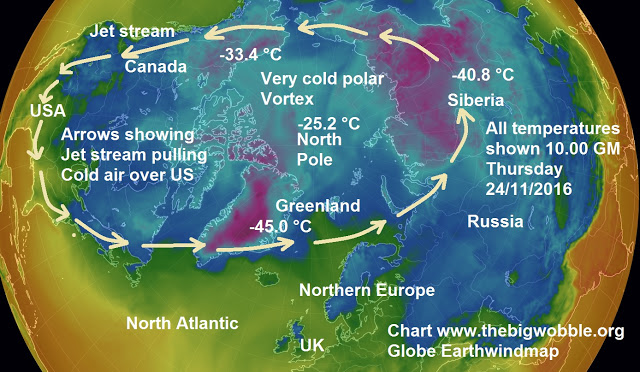 It’s thought that more snow in northern Eurasia signals the frigid temperatures set to hit the regions above. And while the cold blast could strike anywhere among North America, Asia, or Europe, the expert warns the US may get hit harder than forecasters are expecting.