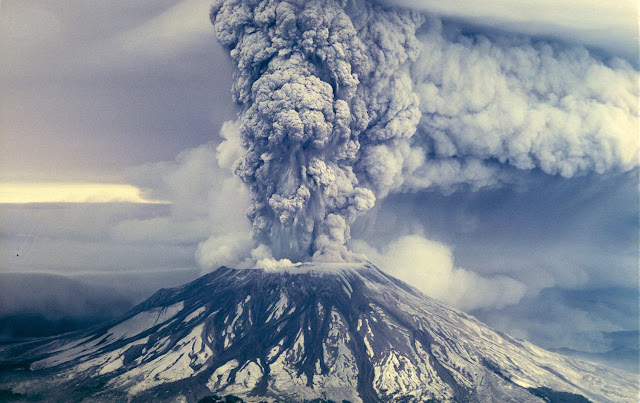 It’s not if but when and it is inevitable and with hundreds of mini quakes going off under Mount St. Helens it could be sooner rather than later!

A recent swarm of more than 120 earthquakes near Mount St. Helens -- all below a magnitude 0.5 -- comes as a reminder to scientists and residents alike that while the volcano has been relatively "well-behaved" recently, another eruption is inevitable. Our news partners at the Columbian recently got in touch with scientists who study, in part, the volcano and the land beneath it. To them, these quakes are a window into what's going on underground, and can be helpful for directing further research. "Each of these little earthquakes is a clue and a reminder we are marching toward an eruption someday," said Weston Thelen, a U.S. Geological Survey seismologist with the Cascades Volcano Observatory in Vancouver, as reported in the Columbian.