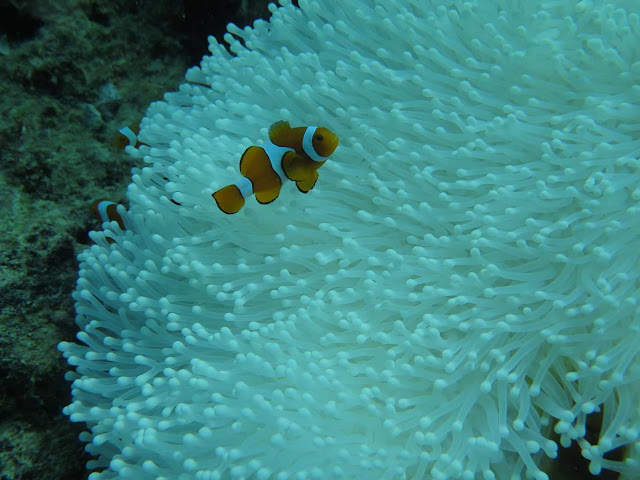 Warm seas around Australia's Great Barrier Reef have killed two-thirds of a 700-km (435 miles) stretch of coral in the past nine months, the worst die-off ever recorded on the World Heritage site, scientists who surveyed the reef said on Tuesday.
Their finding of the die-off in the reef's north is a major blow for tourism at reef which, according to a 2013 Deloitte Access Economics report, attracts about A$5.2 billion ($3.9 billion) in spending each year.
"The coral is essentially cooked," professor Andrew Baird, a researcher at James Cook University who was part of the reef surveys, told Reuters by telephone from Townsville in Australia's tropical north.
He said the die-off was "almost certainly" the largest ever recorded anywhere because of the size of the Barrier Reef, which at 348,000 sq km (134,400 sq miles) is the biggest coral reef in the world. Bleaching occurs when the water is too warm, forcing coral to expel living algae and causing it to calcify and turn white.
Mildly bleached coral can recover if the temperature drops and the survey found this occurred in southern parts of the reef, where coral mortality was much lower.
While bleaching occurs naturally, scientists are concerned that rising sea temperatures caused by global warming magnifies the damage, leaving sensitive underwater ecosystems unable to recover. UNESCO's World Heritage Committee stopped short of placing the Great Barrier Reef on an "in danger" list last May but asked the Australian government for an update on its progress in safeguarding the reef.
Australia will lodge that update on Friday, said a spokesman for Environment Minister Josh Frydenberg. In June, during an election campaign, Prime Minister Malcolm Turnbull promised A$1 billion in spending to protect the reef.
Climate scientists argue that increased carbon dioxide in the atmosphere traps heat radiating from earth, creating global warming.
Australia is one of the largest carbon emitters per capita because of its reliance on coal-fired power plants for electricity.
"Climate change is killing the Great Barrier Reef," said environmentalist Charlie Wood, director of 350.org, an anti-fossil fuels movement.
"The continued mining and burning of coal, oil and gas is irreparably damaging the climate.
If we want our kids to enjoy the Great Barrier Reef for generations to come, we must act now to keep fossil fuels in the ground," Wood said in an emailed statement.

Home
Posted by Gary Walton at 7:35 am