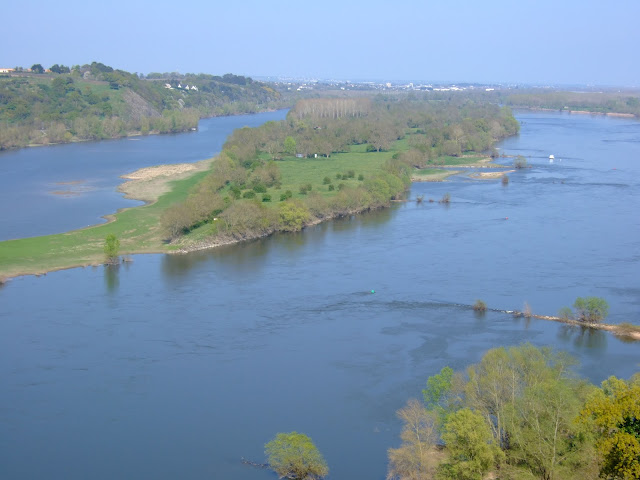 Photo en.wikipedia.org: Loire River
Maine-et-Loire: franceTV have reported 60 tons of fish suffocated when flood waters receded along the river Loire
This is a consequence of bad weather which has devasted France this month.
With the decline of the Loire and its tributaries, thousands of fish have become trapped, deprived of oxygen.
Mules, all dead.
But also pike, eels and zander which accumulate on the shore.
It is at this sad spectacle qu'assistent regulars fishermen of the place, quoted as saying.
"I have never seen a disaster like this."
At Champtocé (Maine-et-Loire), the commotion of combat. 30 firefighters backed by municipal employees and volunteers worked tirelessly since Monday to collect the dead fish.
60 tons of dead fish collected in one week
Despite the stench, the Mayor is facing the situation.
"Apart from discouragement as we can have, and the pain that one can have with all these dead fish, my concern is the health aspect .
We want to collect the bodies as soon as possible to avoid nuisance, "says Valerie Leveque Mayor Champtocé.
This is the slow decline of the Loire is the cause of this carnage.
60 tons of dead fish collected in one week. Rome, a small tributary of the Loire, is mounted above normal levels.
The plants have absorbed oxygen needed by fish, causing their deaths by the thousands.

Oh! It remind me my moments with my children when they were walking with their little feet.I never can forget those moments and that weather.Can anyone suggest me any well brand for having Weather Measuring Instruments?

Spam spam spam spam
If you want to advertise on my site, send me an e-mail and we can do it the correct way