1.6 million jabs halted after tainted "metallic substance" Moderna doses discovered in Japan: “It is metal and reacts to a magnet, and it likely fell into (the vaccines) in the manufacturing process,” a senior ministry official said

A foreign substance found in Moderna's COVID-19 vaccines is a metallic substance, the health ministry announced on Aug. 26. “It is metal and reacts to a magnet, and it likely fell into (the vaccines) in the manufacturing process,” a senior ministry official said. The ministry said the contaminant was found in a total of 390 doses, which were scheduled to be used at eight vaccination centers in Tokyo and Saitama, Aichi, Ibaraki, and Gifu prefectures. Staff detected tainted vials and removed them from the lineup for use, the ministry said.
The health ministry said there have not been any reports that a tainted jab was administered to someone or any reports of safety concerns as of Aug. 26. But the ministry said there are about 1.6 million doses of Moderna vaccines that may have also been tainted because they were manufactured on the same production line. These vaccines have been distributed at 863 vaccination sites around the country and some have already been administered to people.
The ministry said it does not know how many people have received doses from these 1.6 million. But at least 946 people, including 94 lawmakers, have received a possibly tainted Moderna jab. They were used at a workplace inoculation program operated by the Diet, which started on Aug. 16. The Defense Ministry announced that 70,000 doses of possibly tainted Moderna jabs were administered at the Osaka International Convention Center, which is a makeshift large-scale vaccination center run by the Self-Defense Forces in Osaka’s Kita Ward, during the period from Aug. 6 to 20. Chief Cabinet Secretary Katsunobu Kato urged members of the public who have received the vaccine to be on the watch for possible health problems.
“If you have felt that something is wrong, please consult your primary physician,” he said at a news conference. 20210827-vaccine-G-L The Asahi Shimbun One way to know if an individual has indeed received a Moderna dose that was possibly tainted is to check their COVID-19 vaccination certificate, which typically comes in the form of a sticker received after each vaccination. The certificate shows the lot number the administered vaccine came from, along with the name of the manufacturer. The ministry said the tainted 390 doses share the lot number 3004667. About 570,000 doses with that lot number were imported to Japan.
The ministry also released two lot numbers that may have possibly also produced tainted vaccines: 3004734, which contained about 520,000 doses, and 3004956, which had about 540,000 doses. The health ministry has ordered affected vaccination centers to stop administering vaccines from the stock of these 1.6 million doses. Takeda Pharmaceutical Co., which imports and sells Moderna vaccines, is urging personnel involved in vaccinations to check each vial carefully, regardless of its lot number. Even if a vial is not on the ministry’s “do not use” list, staffers should “visually check before use for any abnormality, such as a mixed-in foreign substance,” the company said. The Asahi Shimbun
Laying the foundations for something very sinister? Graphene Oxide Nanotubes: Teslaphloresis. 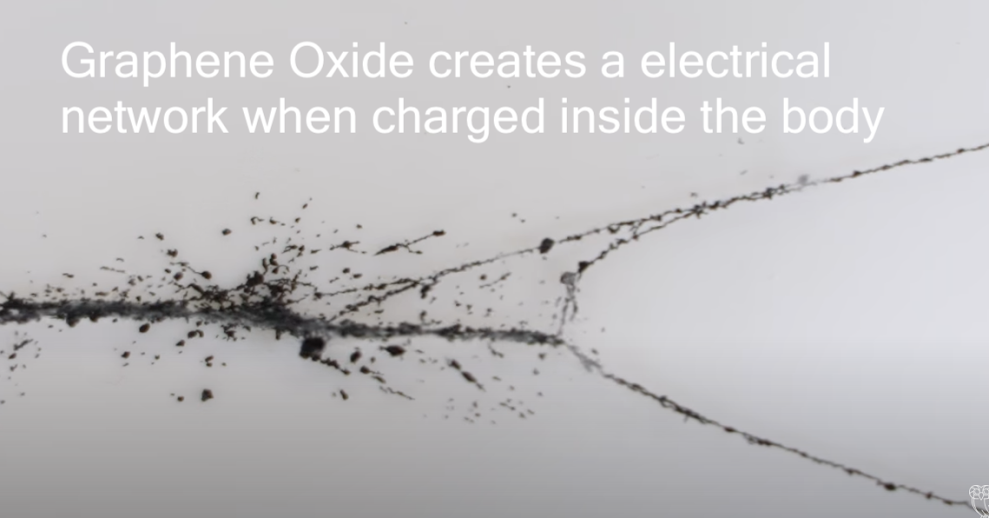 Carbon nanotubes in a dish assemble themselves into a nanowire in seconds under the influence of a custom-built Tesla coil created by scientists at Rice University. But the scientists don't limit their aspirations for the phenomenon they call Teslaphoresis to simple nanowires. The team led by Rice research scientist Paul Cherukuri sees its invention as setting a path toward the assembly of matter from the bottom up on nano and macro scales. There are even hints of a tractor beam effect in watching an assembled nanowire being pulled toward the coil. Read more at http://news.rice.edu/2016/04/14/nanot...
Coronavirus 2021
Front Page
at August 30, 2021