Melbourne Australia hit by a 'rat plague' which comes amid major fears over the plague outbreak in Madagascar, which has already claimed more than 120 lives with over 2,000 people infected 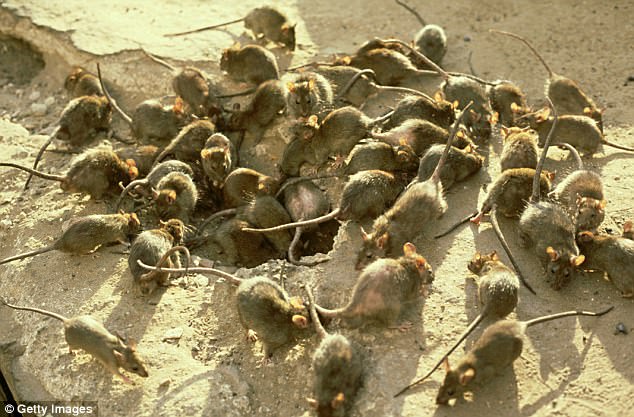 Photo Getty Images
Melbourne has been hit by a 'rat plague' after major underground rail works disturbed the rodents' habitat.
The construction efforts have sent thousands of rodents to the streets, prompting the City of Melbourne council to hire pest control contractors to deal with the "rat plague".
The Melbourne lord mayor, Robert Doyle, said: "It's a bit of a field day for exterminators and certainly our officers are flat out laying bait as well.
"Rats or not, you've still got to be humane if you are destroying them.
"Nevertheless, you can't have a rat plague overrunning the city."
The rail works began in September and unfortunately coincided with the rats' peak breeding season, between September and November.
The disturbance to their nesting habitats has prompted the rodents to rise to street level with some of the Australian city's major landmarks being targeted by pest control contractors, including Flagstaff Gardens, Batman Park, Carlton Gardens and Fitzroy Gardens.
The mayor explained: "There's kind of a sub-fauna existence, you know - rats, mice, foxes, snakes. "When there are big excavation works, as we're seeing around the city at the moment, it drives them from their subterranean life up to be visible.
Meanwhile, pest exterminator Ryan Mulcaire told ABC Radio Melbourne that rat numbers were not any higher than usual.
He said: "They really aren't in plague proportions, they just are on the move."
The news comes amid major fears over the plague outbreak in Madagascar, which has already claimed more than 120 lives and prompted the World Bank to release L3.8million to help tackle to outbreak.
Two-thirds of the recorded cases in Madagascar are caused by the pneumonic plague, which can be spread through coughs and sneezes and without treatment, can kill within 24 hours.
Only a handful of the reported cases have been classified as bubonic, the better-known strain carried by rats which was a major cause of the Black Death, the pandemic that swept across Europe in the 14th century and decimated the global population.
Although Madagascar regularly experiences small bouts of plague, this year's outbreak is unusual and Tim Jagatic, a doctor with Medicins Sans Frontieres (Doctors Without Borders), told Express.co.uk about the cause of this year's shocking outbreak.
He said: "From November until April, there tends to be an outbreak of an average of 400 cases of bubonic plague per year.
"But what happened this year is it looks like there was a case which happened a little bit earlier, in the month of August.
If a bubonic case goes untreated, it has the ability to transform into the pneumonic form.
"It seems as though somebody who had the bubonic form didn't get treatment, allowing the plague to transform into the pneumonic form.
"He entered the capital city and then fell sick on a bus that was travelling to Toamasina, and a medical student tried to help him.
"The medical student came into close contact with him and because it was the pneumonic form of the disease, happening earlier than its expected to in a part of the country where it typically doesn't occur, it went unnoticed for a particular amount of time which allowed the disease to proliferate."