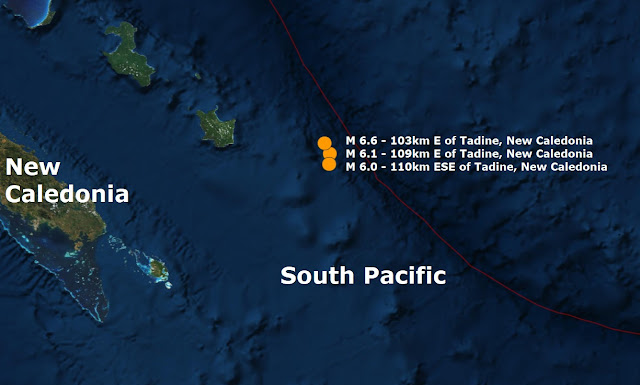 Once again the major quakes came as a large Coronal hole opened up on the Sun while facing the Earth and significantly before the Solar wind hit the Earths magnetosphere which is expected to tomorrow.
Today's quakes take the total of major quakes in November to 3 and the yearly total to 88.

Solar wind flowing from this southern coronal hole should reach Earth on Nov. 2nd, possibly causing magnetic unrest around the poles. Credit: NASA/SDO.
Polar auroras and magnetic unrest are likely when the gaseous material arrives and we could witness major quakes up to the arrival of the solar wind on the 2nd of Nov.
Home
at November 01, 2017