A tropical storm has killed at least seven people and left 5 people missing with a further 20,000 affected in Sri Lanka 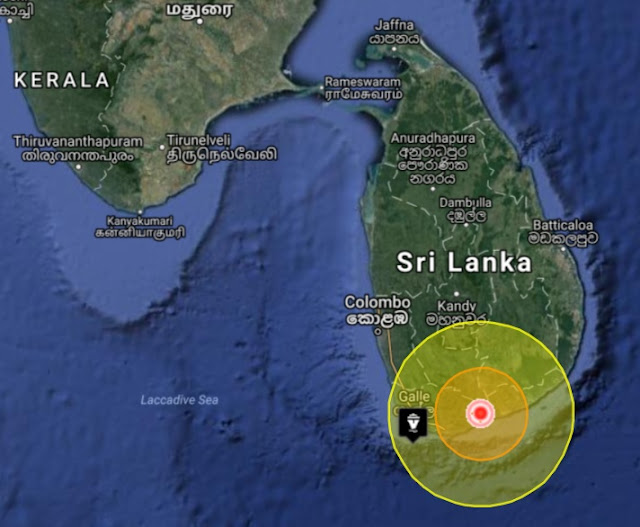 RSOEAlertmap
A tropical storm has killed at least seven people and left five fishermen missing in Sri Lanka, bringing down trees across main roads and on houses, officials said on Thursday, warning of landslides and flooding in severely hit areas.
Heavy winds hit the island's southern, western and south-central areas.
"At the moment, there are reports of seven deaths, five missing, and more than 20,000 affected," said Pradeep Kodippili, spokesman for the state-run Disaster Management Center.
The government declared a holiday for schools in the rain-hit areas on Thursday.
Floods and landslides kill more than 200 people each year in Sri Lanka.
Flash floods and landslides in May killed at least 122 people.
The wettest time of the year in Sri Lanka's south is usually from May to September.
Home