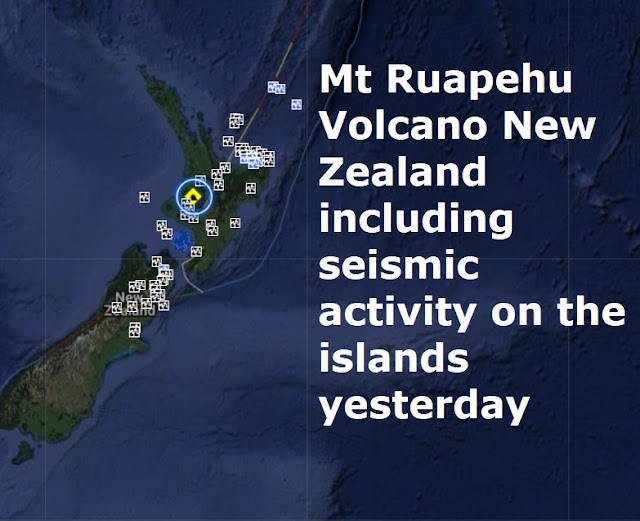 RSOE Alert map
The daily seismic activity on the islands is legendary so it's no surprise one of its colossi is rumbling back to life...
Temperatures and gas emissions are increasing at Mt Ruapehu. The recent fine weather allowed GeoNet to take readings over the volcano in the middle of the North Island.
The carbon dioxide emission rate on Thursday was 2290 tonnes per day - one of the largest values recorded in recent years.
The lake temperature was 37 degrees Celcius, which was near the top of its usual range.
Volcanic seismic tremor remained at moderate levels.
However, duty volcanologist Tony Hurst said they decided to keep the alert level at 1.
(The volcanic alert levels define the current status of volcanos in New Zealand, with 1 indicating minor unrest and 5 an eruption.)
"This is something that happens every few years, we get higher temperatures and higher gas concentrations, but it's been sustained for a certain amount of time so we thought we would inform the public," Hurst said.
"It's reasonably likely it will settle down soon."
The fine weather also allowed for water samples to be taken from the crater, and analysis of those was underway.