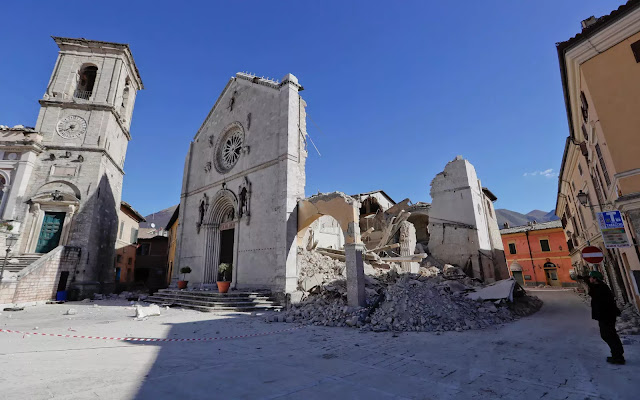 One year ago today a shallow mag 6.6 earthquake killed 3 and damaged world heritage buildings in the central Italian town of Norcia.
It was the 4th major quake of in the area in three months, the quake was the 7th major quake of  October and the 113th of 2016, regular readers of The Big Wobble will know this year only 83 major quakes have been registered in the same period in 2017, the report is below. 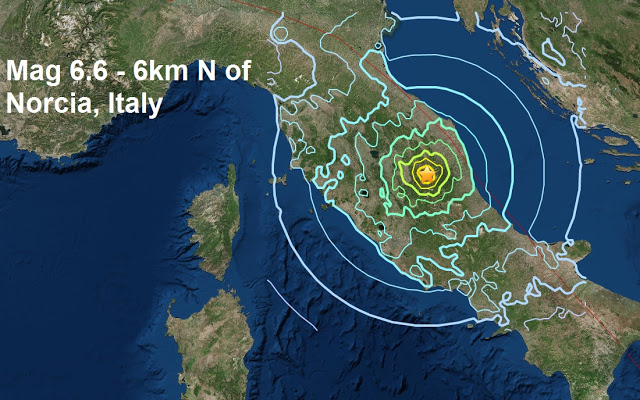