A Letter to the Unvaccinated 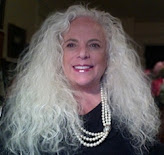 Sent in by my dear friend, Carol Rosin
A Letter to the Unvaccinated

Open Letter to the Unvaccinated

You are not alone! As of 28 July 2021, 29% of Canadians have not received a COVID-19 vaccine, and an additional 14% have received one shot. In the US and in the European Union, less than half the population is fully vaccinated, and even in Israel, the “world’s lab” according to Pfizer, one third of people remain completely unvaccinated. Politicians and the media have taken a uniform view, scapegoating the unvaccinated for the troubles that have ensued after eighteen months of fearmongering and lockdowns. It’s time to set the record straight.

It is entirely reasonable and legitimate to say ‘no’ to insufficiently tested vaccines for which there is no reliable science. You have a right to assert guardianship of your body and to refuse medical treatments if you see fit. You are right to say ‘no’ to a violation of your dignity, your integrity and your bodily autonomy. It is your body, and you have the right to choose. You are right to fight for your children against their mass vaccination in school.

You are right to question whether free and informed consent is at all possible under present circumstances. Long-term effects are unknown. Transgenerational effects are unknown. Vaccine-induced deregulation of natural immunity is unknown. Potential harm is unknown as the adverse event reporting is delayed, incomplete and inconsistent between jurisdictions.

You are being targeted by mainstream media, government social engineering campaigns, unjust rules and policies, collaborating employers, and the social-media mob. You are being told that you are now the problem and that the world cannot get back to normal unless you get vaccinated. You are being viciously scapegoated by propaganda and pressured by others around you. Remember; there is nothing wrong with you.

You are inaccurately accused of being a factory for new SARS-CoV-2 variants, when in fact, according to leading scientists, your natural immune system generates immunity to multiple components of the virus. This will promote your protection against a vast range of viral variants and abrogates further spread to anyone else.

You are justified in demanding independent peer-reviewed studies, not funded by multinational pharmaceutical companies. All the peer-reviewed studies of short-term safety and short-term efficacy have been funded, organized, coordinated, and supported by these for-profit corporations; and none of the study data have been made public or available to researchers who don’t work for these companies.

You are right to question the preliminary vaccine trial results. The claimed high values of relative efficacy rely on small numbers of tenuously determined “infections.”  The studies were also not blind, where people giving the injections admittedly knew or could deduce whether they were injecting the experimental vaccine or the placebo. This is not acceptable scientific methodology for vaccine trials.

You are correct in your calls for a diversity of scientific opinions. Like in nature, we need a polyculture of information and its interpretations. And we don’t have that right now. Choosing not to take the vaccine is holding space for reason, transparency and accountability to emerge. You are right to ask, ‘What comes next when we give away authority over our own bodies?’

Do not be intimidated. You are showing resilience, integrity and grit. You are coming together in your communities, making plans to help one another and standing for scientific accountability and free speech, which are required for society to thrive. We are among many who stand with you.

Thank you for your open letter! The truth is that most objections to these "immunizations" are done by people who have done diligent homework and rationalized their decisions objectively.

Also, another reason why I did not submit to being jabbed is that two of my friends died suddenly AFTER receiving the double dose within two weeks! They died of ... CORONA VIRUS!

Coincidence? I think not!

I know, I think not too!

Would you be willing to guarantee that those who do not get the vaccine will not die from Covid-19 and/or it's variants? My own doctor would not give me that guarantee, so I got the vaccine. I mean at 72, I would still like to live a couple of more years.

Gary Walton, how old were your friends that died of Covid? They did not die from the vaccine I take it. The virus certainly did not give them Covid or do you believe it did? I happen to be 72 years old and received the vaccine. That was about 2 months ago. I'm still around and at this time, still do not have the virus. I also wear a mask when necessary.

As for this comment by Bernie Merten, something is not quite right with it. He states two friends died of Covid within two weeks of getting vaccinated. There is not enough information here to make an assessment as to what really happened. For instance, how old were they, were they sick before getting the vaccine? They may have had Covid before when they were getting the vaccine in which case it would not have stopped the Covid from progressing. I would say the vaccines had absolutely nothing to do with there passing away. Berni even states they died of Covid. The Covid did not come from the vaccines. End of story. Best to get your story straight Berni, so that we understand what you are trying to say.

As for this comment by Bernie Merten, something is not right with it's wording. He states two friends died of Covid within two weeks of getting vaccinated. There is not enough information here to make an assessment as to what really happened. For instance, how old were they, were they sick before getting the vaccine? They may have had Covid before when they were getting the vaccine in which case it would not have stopped the Covid from progressing. I would say the vaccines had absolutely nothing to do with there passing away. Berni even states they died of Covid. The Covid did not come from the vaccines. End of story. Best to get your story straight Berni, so that we understand what you are trying to say.

@At Wayne Leng, I don't know of anyone who has died of covid, my elderly father, 92 and his wife, 85 got it during a hospital stint last year, my father didn't even know he was sick. Now I understand a virus is spreading across the world, 200 million people do not get sick for nothing but there are so many peer papers out there warning us these vaccines have not had time to be tested thoroughly.

According to Karen Kingston, a former Pfizer employee and current analyst for the pharmaceutical and medical device industries and whistleblower has confirmed poison is in the Covid vaccines in which independent researchers have tried to debunk.

She claims she is 100% sure, "Graphene Oxide" is being used in the Covid vaccines, claiming all the mRNA vaccines contain a pegylated lipid nanoparticle that delivers systems to our supposedly diseased cells.

Not only is graphene oxide poisonous to humans but it is also the main ingredient in a hydrogel which is the AI template used in Elon Musk and Bill Gates's research into creating an interface between humans, the internet, or AI.

The Covid vaccines are the precursor to creating a connection between humans, the internet with the incredibly powerful 5g interface, and AI which will eventually control our thoughts, memory, and lives.

Karen Kingston goes on to claim the first vaccines have been a trial, rushed through to test out how much graphene people can handle before it becomes toxic and lethal. The first vaccines are a dose-finding study people will be given a booster with more graphene every six months with the so-called, "top-up vaccines!"

Once the technology is perfected we can expect a phase 2.

These lipids were created because mRNA vaccines are very unstable, however, the lipids create a protective biosphere for the unstable molecules. Graphene oxide is 4,000 stronger than titanium and can withstand temperatures of 1,700 deg Fahrenheit making a very unstable virus almost indestructible.

The pegylated lipid (peg) is made by a company called Sinopeg and is located in China.

According to Sinopeg, core-shell structure polyethylene glycol functionalized graphene for energy storage polymer dielectrics mechanical and electrical performances. This translates to you and me that graphene is in the vaccines because it is the best heat and electrical conductor and can store energy and is practically indestructible.

It gets into the cell at the moment from lipid number three, the ionized lipid which provides a +charge for cell penetration.

If a magnetic field activated a positive charge it could potentially kill a person depending on how much graphene was in the body.

To the gentleman who wrote:

"Would you be willing to guarantee that those who do not get the vaccine will not die from Covid-19 and/or it's variants? My own doctor would not give me that guarantee, so I got the vaccine. I mean at 72, I would still like to live a couple of more years."

I know of no doctor who would be willing to guarantee a safe outcome for any medical procedure. I wonder though, did your doctor guarantee you would not die if you got the 'vaccine'? I suspect not. We would all like a few more years, however as the Lord has numbered our days I do not fear the covid or any disease or whatever.