It is much worse than they are telling us: Up to 1 million: species threatened with extinction: Tens to hundreds of times: the extent to which the current rate of global species extinction is higher compared to average over the last 10 million years, and the rate is accelerating 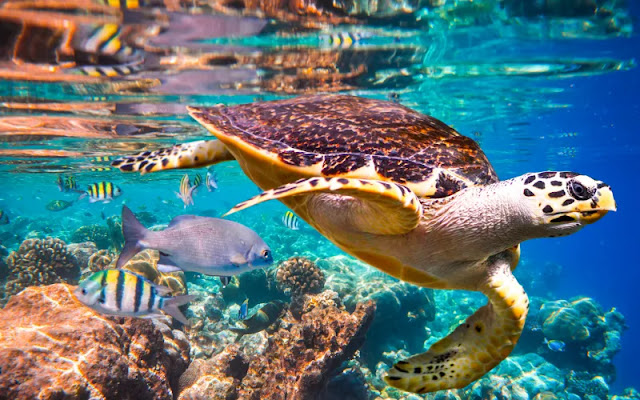 The Space Shuttle made 135 space flights during its 30-year career, which is more than 41,000 tons of aluminian oxide 3, 510 tons of chlorine gas, 945 tons of nitrogen dioxide gas and 32,400 tons of HCI gas thrown into our atmosphere and that is just the Space Shuttle, throw in Gemini, Apollo and Saturn missions etc, the Russian Space exploration, India and China, the thousands of satellites launched into space, thousands of sounding rockets, (NASA's airborne researchers) add to this more than 2,000 nuclear weapons tests and you begin to imagine the damage mankind has done to our atmosphere, the ionosphere and the ozone layer
Nature: Stop land clearing, restore forests, grasslands and mangroves which would all help to sequester CO2. Food: A big dietary shift is needed, say researchers so that people eat mostly plants and consume fewer animal products. Reducing food waste is also seen as critical.Economy: Convert the economy's reliance on carbon fuels - and change away from growing the world's gross domestic product and pursuing affluence.Population: The world needs to stabilise the global population which is growing by around 200,000 a day, almost 75 million people a year.The idea of trying to influence human population growth is highly controversial and has been deemed too hot to handle by UN negotiators. The authors say that looking the other way is no longer an option. "It is certainly a controversial topic - but I think that population should be talked about when considering human impacts on the Earth," said Dr Newsome. "It's important when presenting these results to look at some positives, and one of the more positive things that we've pulled out of this data is that there is now a slight decline in birth rates at a global level." Which after 2020's coronavirus pandemic has slowed the birth rate even more, Hmmm.

The UN paper cites a number of key reports published in the past few years including:

The damming report goes much further in fact:

Species, Populations and Varieties of Plants and Animals

Even for global warming of 1.5 to 2 degrees, the majority of terrestrial species ranges are projected to shrink profoundly.

Here's another paper to add to the data:

This a great paper, here are some quotes that the MSM coverage left out:

“As of 2020, the overall material output of human endeavor exceeds the sum of all living biomass on Earth.”

“That we are already on the path of a sixth major extinction is now scientifically undeniable.”

“Even though climate change alone will incurr a vast economic burden possibly leading to war (nuclear, or otherwise) at a global scale, most of the world’s economies are predicated on the political idea that meaningful counteraction now is too costly to be politically palatable. Combined with financed disinformation campaigns in a bid to protect short-term profits, it is doubtful that any needed shift in economic investments of sufficient scale will be made in time.”

For some time now it has been commented that scientists are not warning us enough. Au contraire, they have been, but the media won’t mention it.