A surprise G1-class geomagnetic storm with solar wind reaching speeds of more than 600 km per second roughs up earth's magnetosphere! The surprise occurred when a crack formed in Earth's magnetic field. Solar wind poured in, fueling a storm in disproportion to the size of the stream.

Faroe Islands
A surprise and somewhat unexpected G1-class geomagnetic storm with solar wind reaching speeds of more than 600 km/s, see graph, is now beginning to subside after a stream of solar wind buffeted Earth's magnetosphere from a small coronal hole on our star last night. 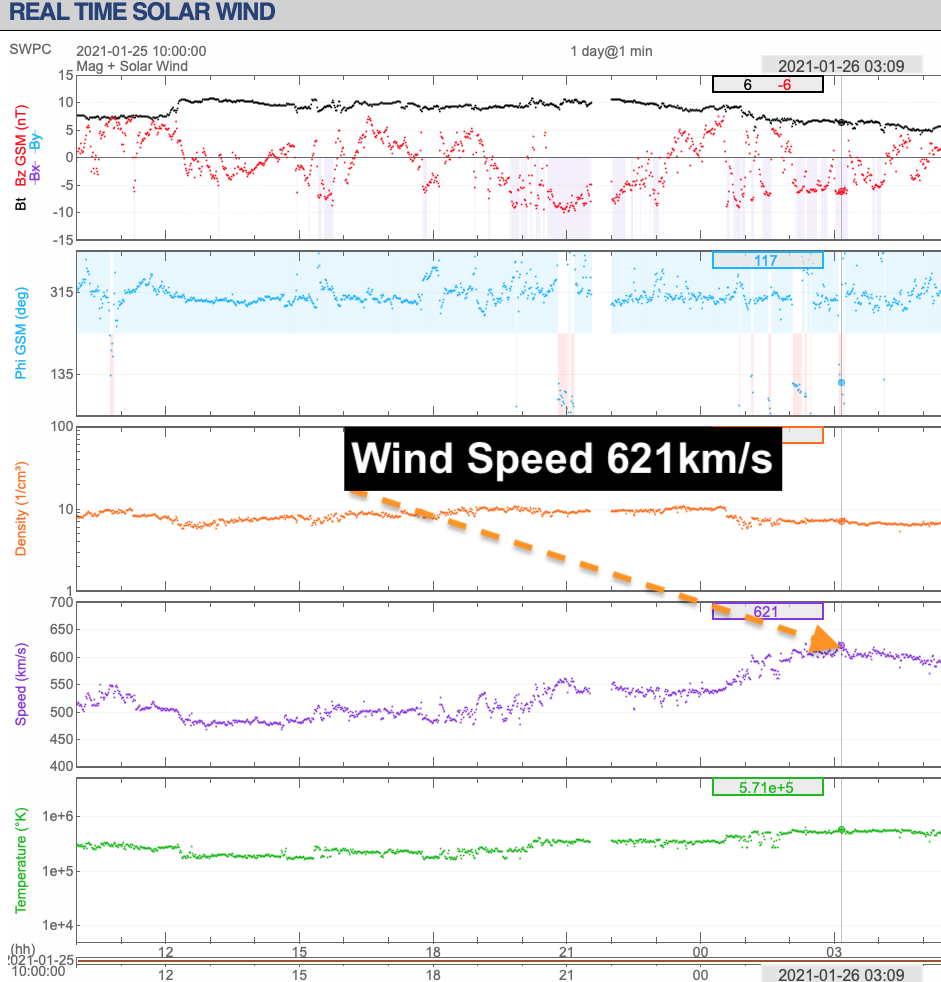 Credit NOAA
According to Spaceweather.com, a stream of solar wind hit Earth on Jan. 25th. The impact sparked an unexpected G1-class geomagnetic storm. The solar wind was expected. It emerged from a small hole in the sun's atmosphere, which forecasters had been tracking for days. The surprise occurred when a crack formed in Earth's magnetic field. Solar wind poured in, fueling a storm in disproportion to the size of the stream.

The K-index, and by extension the Planetary K-index, are used to characterize the magnitude of geomagnetic storms.

Kp is an excellent indicator of disturbances in the Earth's magnetic field and is used by SWPC to decide whether geomagnetic alerts and warnings need to be issued for users who are affected by these disturbances.

The principal users affected by geomagnetic storms are the electrical power grid, spacecraft operations, users of radio signals that reflect off of or pass through the ionosphere, and observers of the aurora.

The G1 storm, shown on the graph above came from a  powerful stream of solar wind from a coronal hole on our sun which was directly facing the earth, see below. 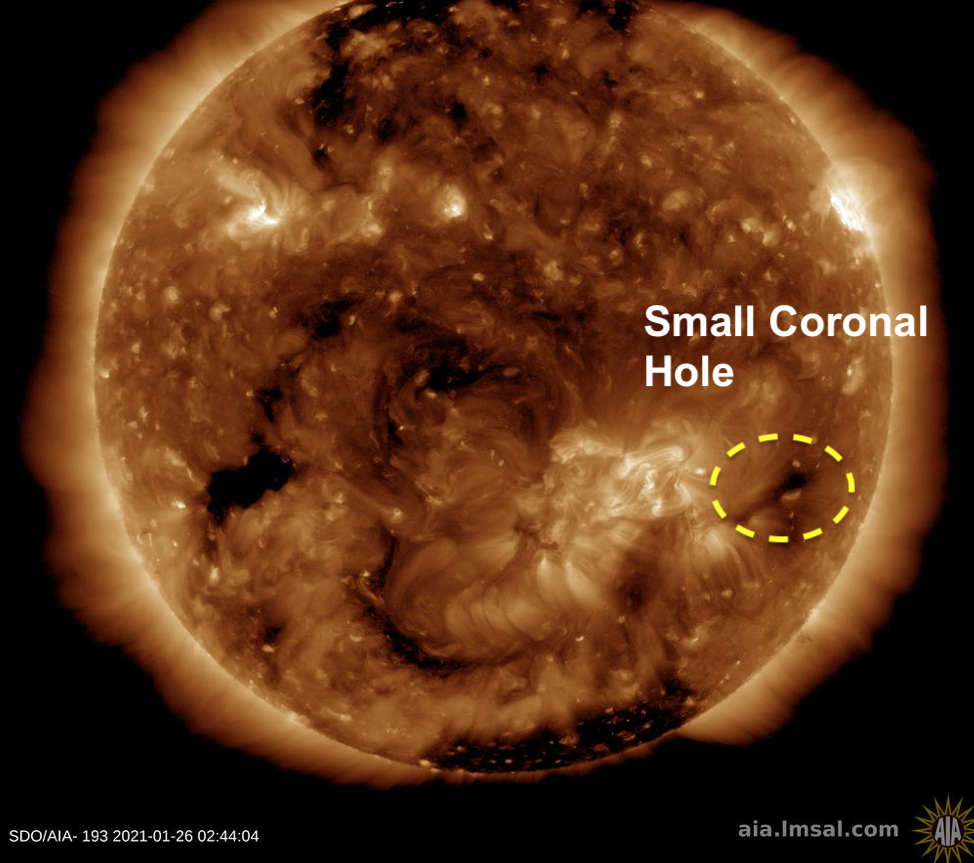 Credit SDO
Our sun is slowly coming out of hibernation after reaching solar minimum last year with the lowest sunspot activity in the last 12 years in 2019. 2020 and early 2021 has seen the sun begin to wake up as it enters solar cycle 25.
Spaceweather 2021
Front Page Headlines

The increased emf/emr from the storm may spark world-wide influenza epidemics, according to the book "The Invisible Rainbow - A history of electricity and Life" by Arthur Firstenberg. Increased sun spot activity and increased radiation from radio/microwaves, radar, and any electromagnetic radiation has been fully documented in the book to cause not only chronic illness, but acute influenza epidemics. There's a free pdf of the book online. Find the ebook and go straight to page 84, just for starters: Electricity causes Influenza.