The African migratory red locusts continue to destroy grazing areas and crops extensively in the Zambezi region and are spreading further to other areas. Not to be confused with the unprecedented dessert locust plagues of 2020 which stretched from East Africa to West Africa, Middle East, Pakistan, India, Nepal, Bangladesh and Eastern China 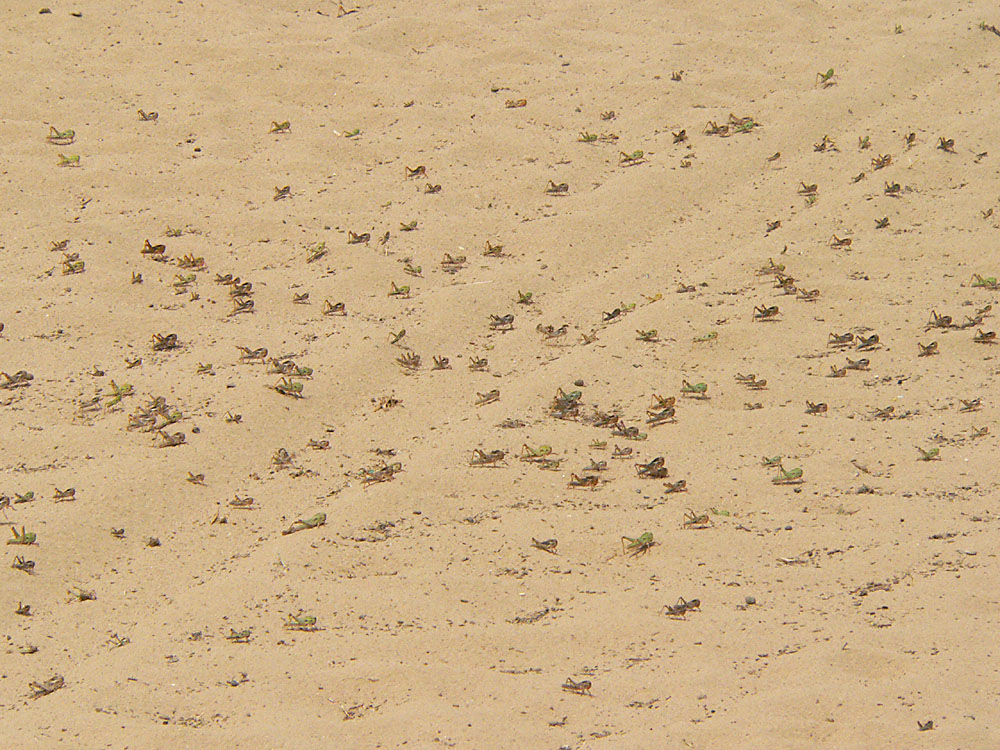 The African migratory red locusts continue to destroy grazing areas and crops extensively in the Zambezi region and have now reportedly started to spread further to other areas. The locusts were spotted early this month in the flood-prone areas of Kabbe North and South as well as Katima Rural. However, Zambezi regional governor Lawrence Sampofu yesterday said more locusts are being reported in different areas and the situation is getting out of control.

He said while the matter has been reported to the agriculture ministry, they are still waiting for more manpower to contain the further spread of the outbreak. "The situation is still the same. More locust swarms are being reported in different constituencies of Kabbe North and South, as well as Katima Rural. We are waiting for additional manpower," Sampofu added.

The governor said although the ministry is busy spraying in some areas, they lack manpower and protective clothing. He noted there is just one spraying team on the ground and it's difficult to cover the three affected constituencies. In August, another wave of African migratory red locusts outbreak was reported in the region and the agriculture ministry deployed a team of extension officials to spray the area. The locusts' outbreak in northeast Zambezi region was detected in August in the flood plains at Lusese, Nakabolelwa, Ibbu and the surrounding areas.

Authorities in Botswana, Namibia, Zambia and Zimbabwe are scrambling to control titanic swarms of migratory locusts, which have put 7 million people in the southern region at risk of famine. The four countries have launched pesticide spraying efforts to combat the invasion, as the United Nations warns that up to 7 million people risk experiencing food insecurity.

The African migratory red locusts mentioned above are not to be confused with the unprecedented dessert locust plagues of 2020 which stretched from East Africa to West Africa, Middle East, Pakistan, India, Nepal, Bangladesh and Eastern China, see below. 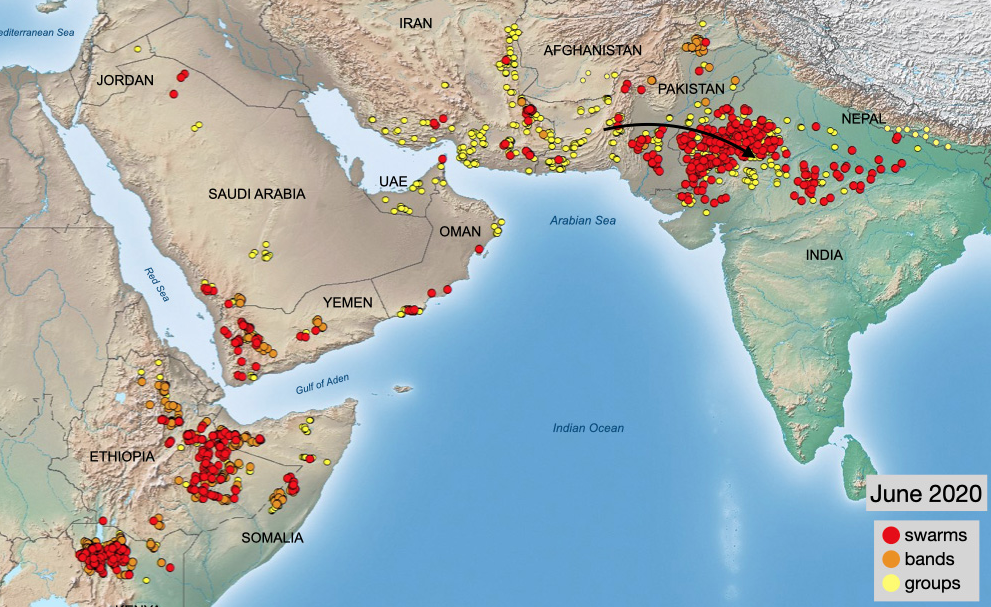 Trillions of dessert locusts have devastated thousands of miles this year, credit Fao.