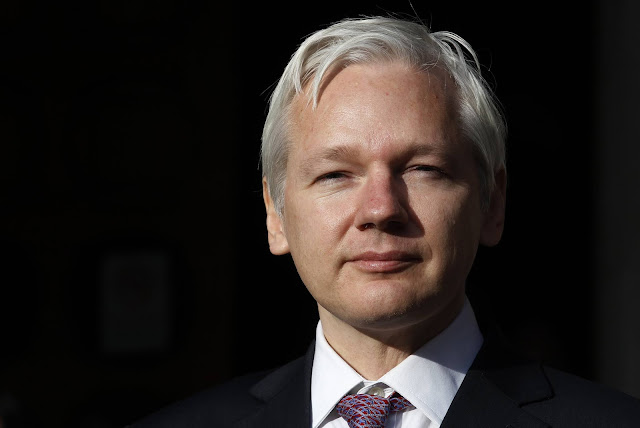 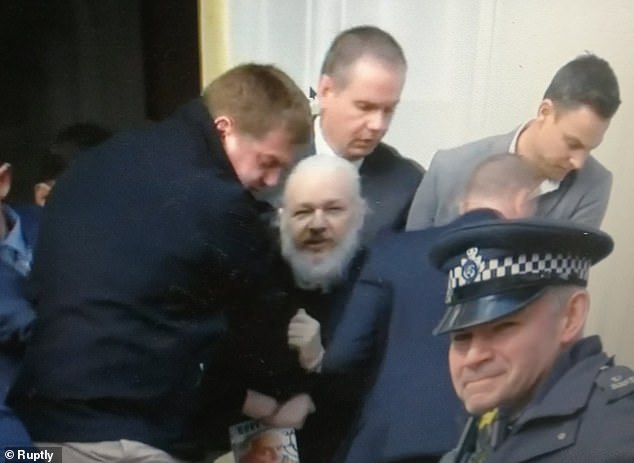 Photo RT Assange being bundled into the police custody

According to The Daily Mail, the Wikileaks founder has dragged out of the Ecuadorian Embassy in handcuffs by a large group of Met Police officers as stunned protesters watched on.
He is currently in police custody and is set to appear at Westminster Magistrates' Court 'as soon as possible'.
Assange, 47, has been living at the embassy after seeking refuge there to avoid extradition to Sweden.
He was held on a warrant issued by Westminster Magistrates' Court on 29 June 2012 when he failed to surrender to the court.

According to RT, as he faces a major corruption probe, Ecuadorian President Lenin Moreno is preparing to meet another demand from Washington by booting WikiLeaks journalist Julian Assange out of Ecuador’s embassy in London.
Now Ecuador is persecuting Assange and on the brink of handing him over for almost certain extradition, according to the country’s former consul general in London, Fidel Narvaez.
“The government of Lenin Moreno is doing everything to prepare the end of Julian Assange’s asylum,” Narvaez told me.
If delivered to British authorities, the Ecuadorian diplomat says Assange would likely be extradited to the US where “he will surely be sentenced to dozens of years of prison, at the least.”
For Narvaez, who was among the Ecuadorian officials who received Assange in 2012, the move is part of a return to a “subservient” foreign policy by the Ecuadorian government under Moreno.
“The foreign policy of the Ecuadorian government changed dramatically and it is now completely subservient to foreign pressures, especially from the US and the IMF, as it always was before the Citizen’s Revolution,” Narvaez adds.
Despite having been elected on a platform of continuing the leftist and nationalist policies of Rafael Correa’s Citizen’s Revolution, Moreno has actively attacked Correa’s legacy as well as the governments that ascribed to ‘21st-century socialism.’

In recent months, Moreno’s government has restored a controversial fly-over program in the country with the US military, and also participated in the creation of the right-wing-led Prosur bloc as a measure to dismantle the Union of South American Nations created by Correa and allies such as the late Hugo Chavez.
at April 11, 2019