Jellyfish! The Next King of the Sea: jellyfish have washed up as far as the eye can see around Haystack Rock Oregon 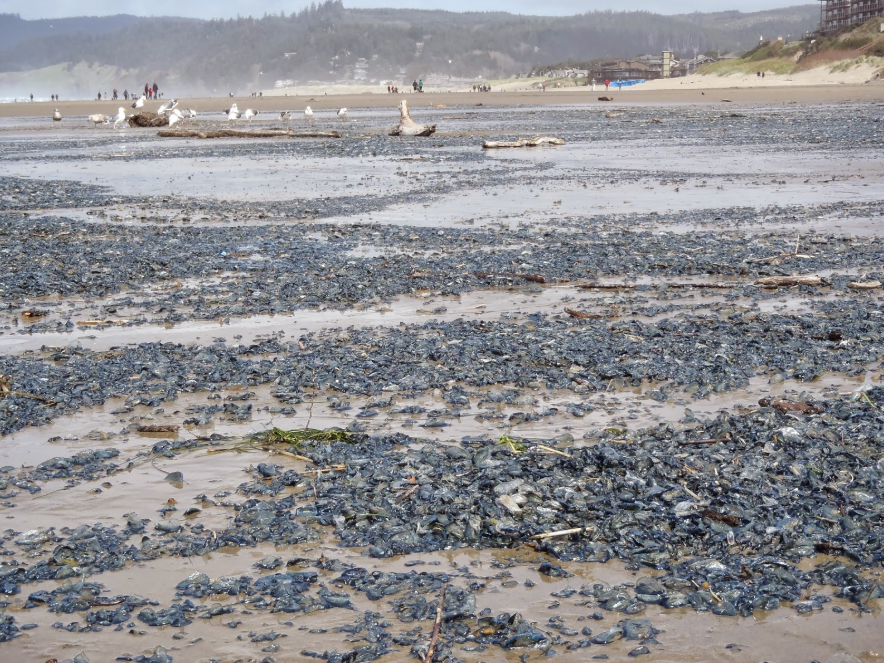 Jellyfish! The Next King of the Sea; as the world’s oceans ecosystems close down Jellyfish will be the next king of the sea, this is the third massive invasion this year...
Huge numbers of moon jellyfish have washed up as far as the eye can see around Haystack Rock on the Oregon Coast.
The Daily Astorian reported Thursday that it's not unusual for the jellies to wash up after a winter storm or ocean upwelling.
But marine biologists are urging beachgoers not to touch them.
While moon jellies usually don't sting, another kind of jellyfish called the Pacific sea nettle does sting - sometimes even after it's dead.
Scientists are still studying the role of jellyfish in marine food webs and their impact on fishing.
Jellyfish have stung more than 25,000 beachgoers on Australia's Gold and Sunshine coasts, this month prompting officials to issue warnings and close beaches. Full Story