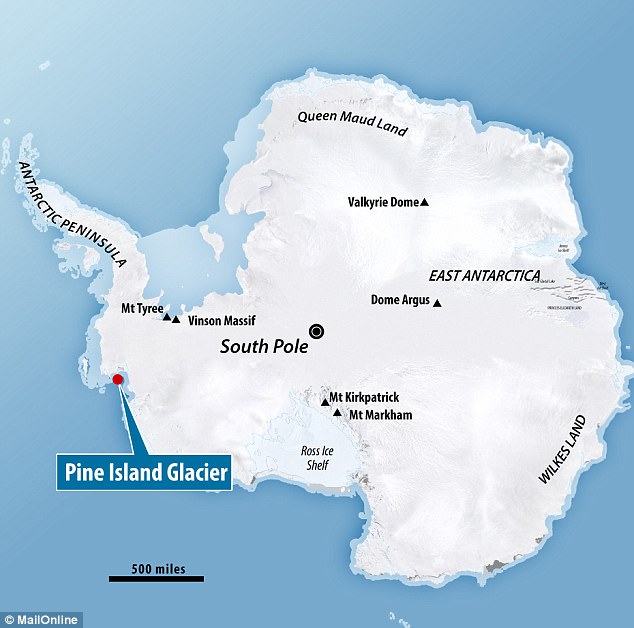 The Pine Island Glacier, found in western Antarctica, has been losing ice at an accelerating rate over the past four decades Photo Mailonline

An iceberg about five times the size of Manhattan has broken off the Pine Island Glacier in West Antarctica over the past 24 hours, an ominous sign of the continued retreat of this fast-flowing mass of ice.
Like many other marine terminating glaciers in Antarctica, this glacier is retreating over time and increasing the movement of ice into the sea.
The iceberg had first appeared as a rift across Pine Island Glacier in September, before leading to the calving of about 300 square kilometres, or 116 square miles, of ice.
The largest individual iceberg measures about 226 square kilometres in area, or 87 square miles. While this iceberg itself is not record-breaking - it ranks as the sixth-largest iceberg to break off the Pine Island Glacier since 2001 - it illustrates the continued instability of marine-terminating glaciers in parts of the icebound continent.