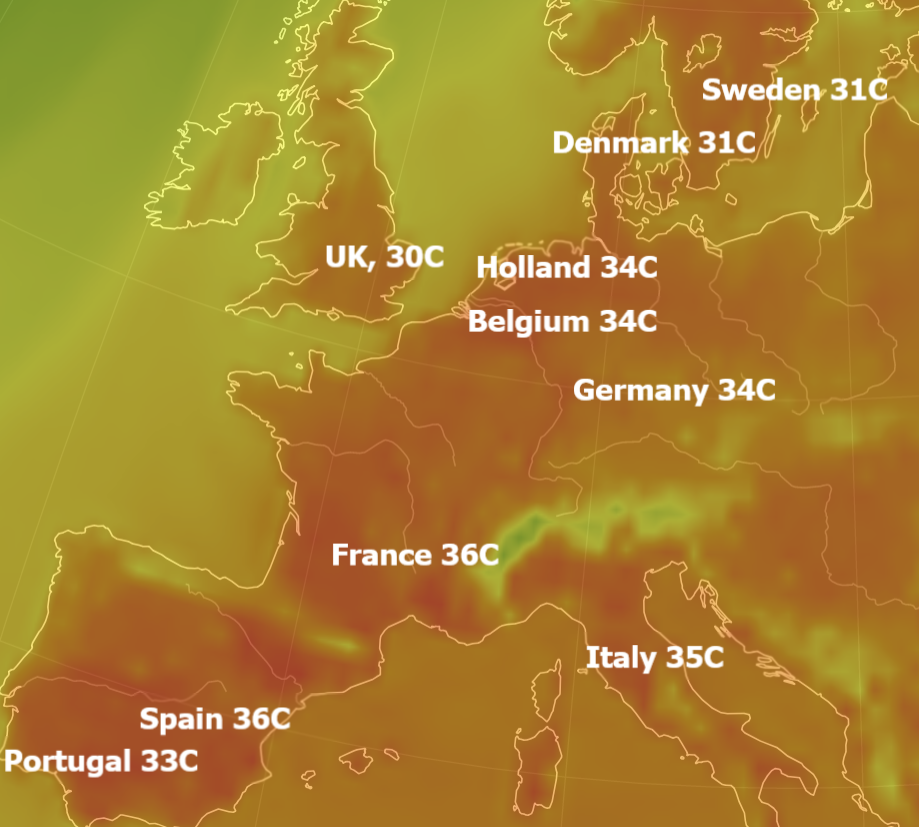 Temperatures in Japan have reached 41.1C, a new record for the country, amid a deadly heat wave that has claimed dozens of lives. The temperature was recorded in the city of Kumagaya, a city northwest of Tokyo, beating a previous high of 41C in the western prefecture of Kochi in August 2013, according to the Japan Meteorological Agency.
Meanwhile, Europe is expecting it's hottest week in many years as the heat wave intensifies there.
In many areas in Europe and the UK, no significant rain has fallen since the beginning of May, while the Met Office has issued warnings for people to stay out the sun this week as temperatures are expected to rise to around 35 deg C (95 deg F).
Here in Holland, the Dutch government have issued heat warnings for the whole week as the mercury is set to rise well above 30 deg C, in my own town of Alkmaar we have endured more than 60 days without rain.
The heatwave in Sweden is getting so bad that the country has now sent out official warnings about "extremely high temperatures" in several areas, including Stockholm and Uppsala.
Sweden's national weather agency SMHI on Sunday issued a class-two alert for "extremely high temperatures" (the most serious temperature warning) in counties in central parts of the country: Orebro, Västmanland, Sodermanland, Uppsala and Stockholm.
The warning means that temperatures are expected to reach 30C or more five days in a row.