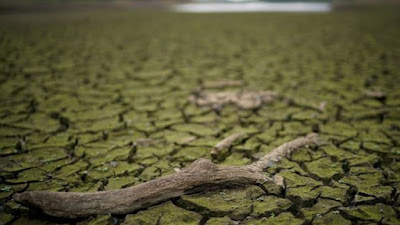 Photo Getty Images
After an unprecedented two month drought with the hottest temperatures on record, parts of the UK has now witnessed it's wettest day ever and today is set to be even worse as the Met Office has warned that this will only get worse today, with gale-force winds and heavy rain.
Parts of the UK experienced their "wettest ever day," with Aldergrove in Northern Ireland hit by 98.8mm - which is more than a month's worth of rainfall.
The UK is braced for more than 36 hours of torrential downpour, according to the Met Office which has issued several weather warnings over rainfall and gale-force winds.
Intense flooding and gale-force winds are expected in places causing travel chaos around the country.
According to The Daily Express, Saturday marked the first day since 23 June that nowhere in the UK had temperatures above 25C.
Yesterday's highest temperature, 24C, was found in Cavendish in Suffolk and Weybourne in Norfolk.
This points to a dramatic 10-degree drop from Thursday, the hottest day of the year so far.
However, the Met Office is warning the heatwave will be back by midweek.