Kilauea Volcano crater is compromised and is clearly unstable as 500 quakes and mag 5.5 explosion hit the stricken volcano in Hawaii 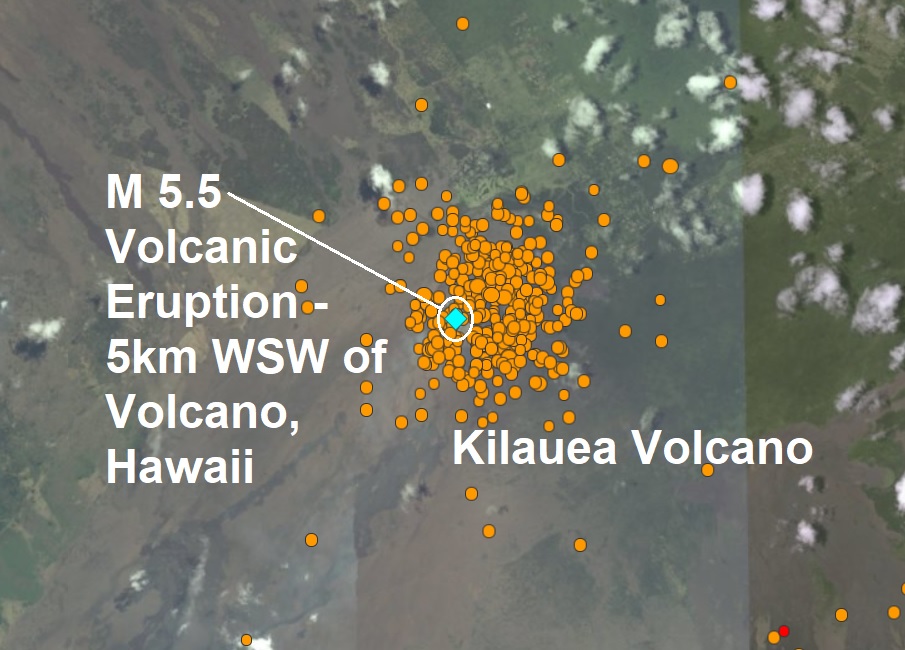 Map USGS
As the world reacts in shock to the deadly and violent Guatemala, Fuego volcano eruption a 5.5-magnitude quake rattled Big Island on Sunday along with a 500 smaller quakes, the highest number yet since the eruption began in a 24 hour period.
The quake rumbled in an area near Kilauea Volcano just before 4 p.m., sending an ash cloud 8,000 feet into the air.
The mag 5.5 is not technically a quake but an explosion which feels like a quake.
The crater is compromised!
According to Hawaii News Now.com, As of 11 a.m. Sunday, officials said 500 smaller earthquakes were recorded near the summit within the last day — it's the most earthquakes recorded in a 24-hour period on Hawaii Island.
Satellite imagery also showed drastic changes happening at the Halemaumau Crater on Sunday morning.
Scientists say cracks formed along the rim of the crater indicating a large portion occurred on the western rim had begun to fall in.
"The west side of Halemaumau is clearly unstable, and it is possible that rockfalls and continued slumping will occur in the future," USGS said.