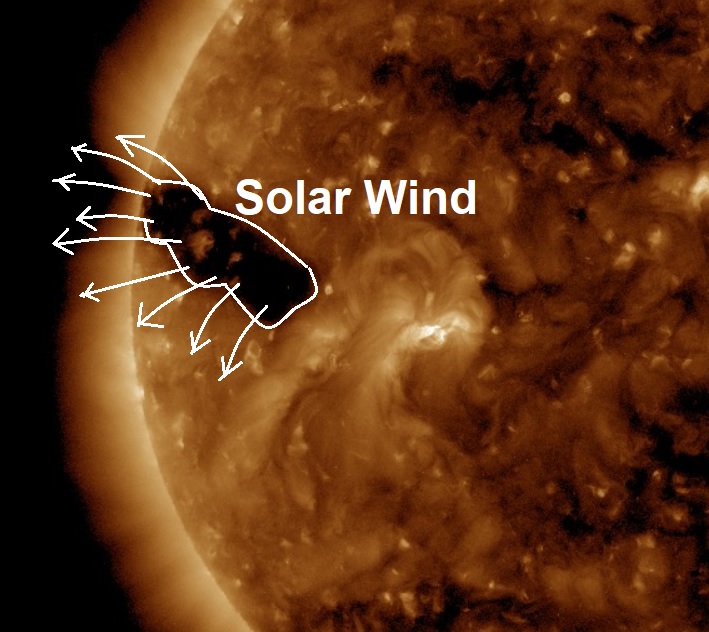 Two weeks ago Earth was entering a stream of high-speed solar wind flowing from a wide gash in the sun's atmosphere causing auroras so bright that some observers are seeing them even before nightfall.
That coronal hole in our Sun which lashed Earth with high-speed solar wind in mid-March is turning to face our planet again.
After a two-week transit around the far-side of the Sun, the giant hole is reemerging over the sun's eastern limb.
According to Spaceweather.com, this extreme ultraviolet image from NASA's Solar Dynamics Observatory shows the canyon-shaped hole coming into view: This hole is particularly geoeffective because it straddles the sun's equator, allowing it to squarely target Earth with a stream of solar plasma.
The last time its gaseous material interacted with our planet's magnetic field, spectacular auroras were observed around the Arctic Circle.
Similar displays are possible on April 8th or 9th when the solar wind is expected to return.
It is worth mentioning, of the 33 major quakes reported this year, 32 of them have occurred during coronal activity on the sun and although no major quakes were reported during this coronal hole's last transit two weeks ago, this time around could be different.