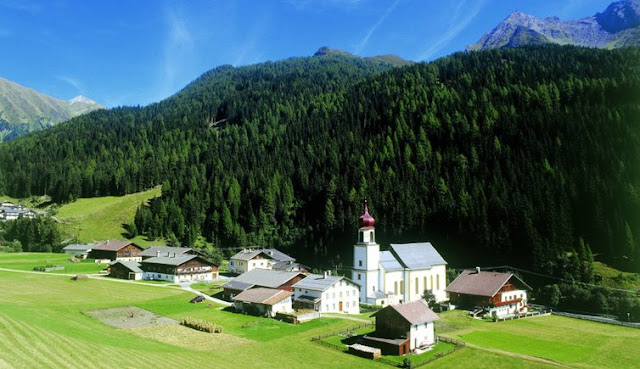 Photo tirol.tl
100 thousand tons of rocks have buried a Tyrolian village's only road.
Luckily, no one was injured and everybody is already stocked up for Christmas.
About 130 residents of an Austrian village remained trapped on Wednesday after several massive landslides severed their only link to the outside world.
The solitary access road to the village of Vals, in Tyrol, was buried beneath 50 meters (165 feet) of rubble in the Christmas eve landslides.
Authorities expected them to remain trapped until Wednesday.
Nobody was injured in the landslides but the rubble was spread across 150 meters.
About nine houses, home to around 40 people, were evacuated, with people leaving via a forest path. Authorities later banned further evacuation efforts, citing fear for further rock falls.
"The trapped people are unlikely to be reachable for another two days," Mayor Klaus Ungerank told Austrian news agency APA.
Geologist Gunther Heißel told public broadcaster oRF Tyrol that there were still "failures in the area." In addition, some deep cracks would have "expanded considerably."
Helicopters were delivering emergency supplies, but people were not running short on food. "Everybody's stocked up for Christmas," said Mayor Ungerank.
According to the state government, clearing the road will take at least three weeks.
Local media reported that a group of children had passed through the path of the rockfall on their way to a Christmas church service just minutes before it fell on Sunday evening.
Tyrol's governor said it was a "Christmas miracle" that no one was hurt.