A massive mag 7.0 is the third major quake to hit New Caledonia in a day as 21 after shocks with 13 of them being mag 5 or higher cause 3 tsunami warnings 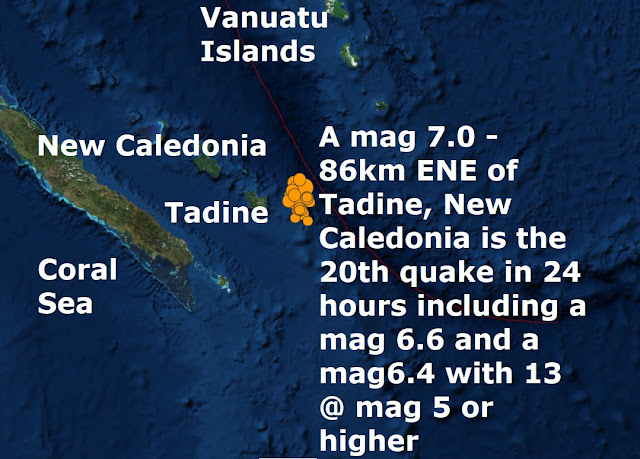 USGS
A very strong, shallow, magnitude 7.0 has struck east of Caledonia causing three tsunami warnings, incredibly it was the 21st quake to strike the area in the last 24 hours recording a mag 6.6, a 6.4 with 13 of them being mag 5 or higher and this could be the precursor to something much bigger as the pattern resembles the mag 9. quake which struck Tōhoku in Japan in 2011 which was battered by 62 magnitude 6 quakes or higher including the mag 9. which caused a
devastating tsunami killing 15,894 deaths, see USGS map below. 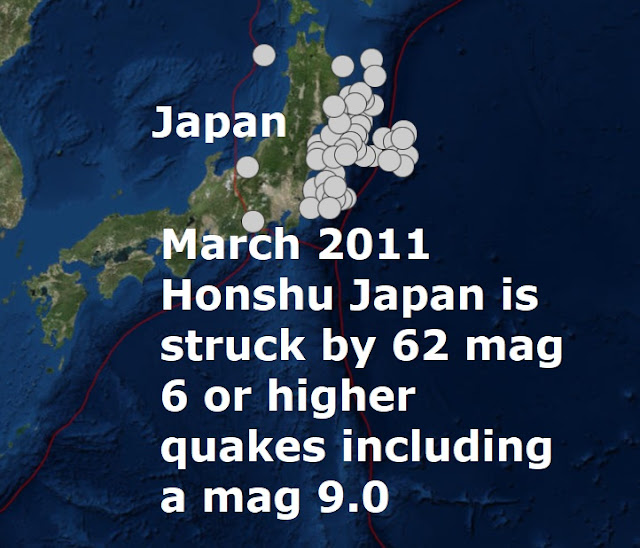 USGS
Space weather is delivering a stream of solar wind which is approaching Earth from a coronal hole on our Sun and is expected to arrive later today according to Spaceweather.com, which means we could be in for more major quakes today.