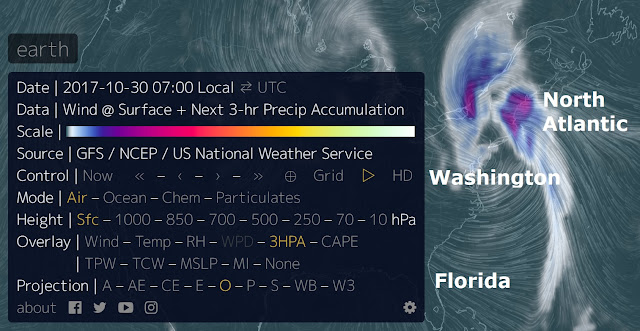 Thousands of people in the Northeast were without power early Monday as severe weather pounded the region with powerful winds and drenching rains.
Southern New England appeared to suffer the brunt of the storm damage overnight.
Eversource reported more than 150,000 Connecticut customers were without power around 2 a.m. Monday.
National Grid also reported more than 130,000 customers were without power in Rhode Island and Massachusetts. National Weather Service meteorologist Joe Dellicarpini said there were reports of downed trees and power lines around the region and roads that were impassable in spots due to flash flooding.
The Meriden Human Society in Connecticut put out a call for volunteers on its Facebook page Sunday night to help deal with flooding in its dog kennels.
A couple of hours later, the humane society thanked the volunteers who turned out to help dig a "major trench" to drain water away from the building.
Flash flood and high wind warnings were issued across the region.
Dellicarpini said parts of Rhode Island and Massachusetts saw wind gusts of up to 70 mph or more. Conimicut Light on Narragansett Bay in Rhode Island reported a wind gust of 81 mph.
The same storm system also caused problems earlier Sunday in Pennsylvania, New Jersey and New York.

Hundreds of thousands of residents were left in the dark after a powerful storm moved through the area Sunday night into Monday morning, and brought down trees and utility wires across Massachusetts.
As of 8:30 a.m., 317,581 people were left in the dark as destructive winds snapped trees and brought down wires.
While torrential rain and the strong winds were a major concern overnight, flooding was also reported in several areas.
Water that was about seven or eight inches deep covered parts of Route 9 in Wellesley early Monday morning, according to Boston 25 News reporter Michael Henrich.
He reported seeing cars repeatedly drive through the deep water, even though it's always recommended to "turn around, don't drown."
Memorial Drive in Boston was closed by emergency officials after flooding was reported at the Longfellow bridge, according to Boston 25 News anchor Daniel Miller, who was out covering the damage caused by the storm.
Tens of thousands of people in Lowell were also left without power Monday.
On Boston 25 Morning News, reporter Catherine Parrotta demonstrated how eerily dark it was in the city overnight because of the massive power outages.
With all the outages reported and trees that have been downed across the area, schools and businesses have started to announce closings and delayed openings.
Haverhill police announced Monday morning that emergency crews were responding to reports of a "major water main break" that's affecting Golden Hill School and Mears Road.
Police said water service in the area may be suspended for several hours while crews work to make repairs to the water main.
Police said when service is finally restored, residents should flush the air and any discolored water for several minutes until it clears.
It's unclear what caused the break.
Delays are affecting the Massachusetts Bay Transportation Authority, too.
The MBTA announced Monday morning that trains on the Providence/Stoughton lines have been delayed or canceled as a result of the storm.
It's unknown when normal service will resume.
In addition, Amtrak announced Monday morning that service between Boston and New Haven, Connecticut, has been suspended until further notice because of downed trees and wires.
With all of the reports of damage, flooding and power outages reported, it's a relief to report that so far, no injuries have been reported.
Boston 25 News has crews spread out across the state to bring you live updates on this major storm. Watch for live updates on-air.
We're also streaming our breaking news coverage online for those people who don't have power. Power outages are widespread in Maine this morning.
Wind gusts over 60 MPH have caused significant damage.
Roads are closed in towns across the state.
Trees and power lines have been knocked down.
The morning commute will be a mess for many.
Wind gusts close to 70 MPH are possible through the morning, especially near the coast and in higher elevations. Several flights out of Portland Jetport are being canceled.
Amtrak Downeaster Train is also canceling lines due to power outages.