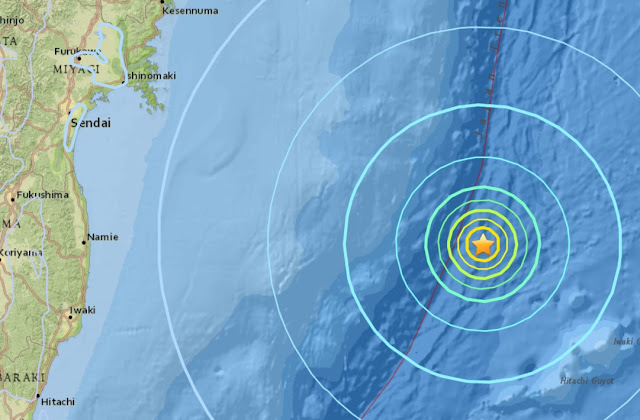 USGS
A shallow mag 6.0 - off the coast of Fukushima Japan is the first major quake of October, although we are now deep into October it is incredibly only the 76th major quake of 2017 and this year could conceivably be the first time less than 100 major quakes have been recorded in a single year since the 1980's.
This mornings quake hit the same coastline as the horrific 2011 mag 9.0 quake which killed more than 100,000 people after a tsunami caused havoc and destroyed the Fukushima Nuclear Station causing ongoing leaks of millions of tons of radiation leaking into the Pacific.