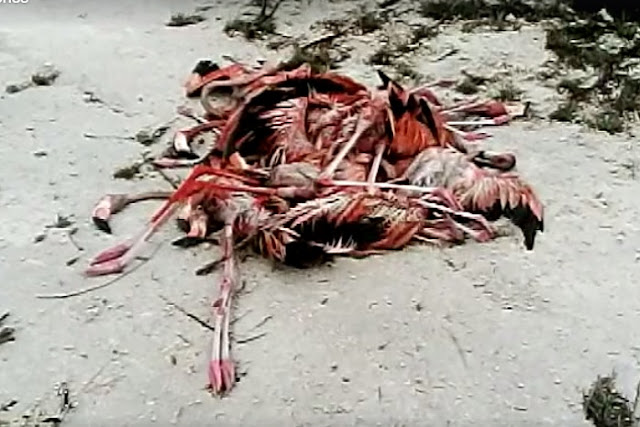 Winds of over 260 km/h, from Hurricane Irma has destroyed flora and killed wildlife in Cuba.
In a very sad and disturbing video, see below, hundreds of pink flamingos were found dead in the north of Cuba.
The emblematic bird of the island suffered terribly during the massive hurrican and many did not survive.
It is a disaster for Cuba, which had the largest colony in the world.
The animals of the zoos had been sheltered before the arrival of Irma, but the wild animals had to fend for themselves.
On September 9, the hurricane swept over the island, causing the deaths of ten people, before heading for Florida.
It is the first hurricane of such a force whose eye directly affects the island since 1932.