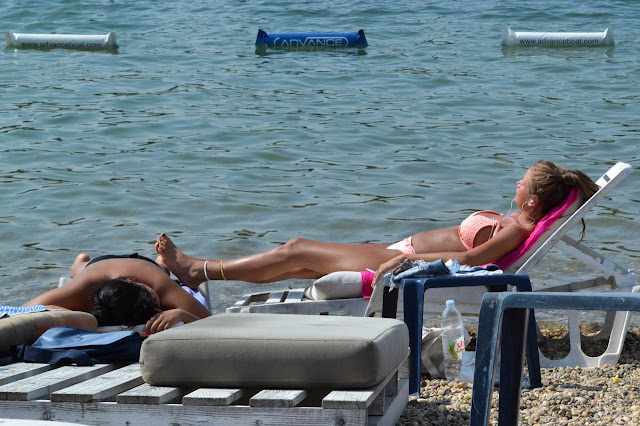 Photo inserbia.info
Serbia's state power company says electricity consumption has soared as a heat wave hit the country this week and people switched on air conditioners in their homes.
The EPS company said Tuesday power consumption is about one-fifth higher than the average for July, reaching record highs.
Temperatures this week in the Balkans have reached 40 degrees Celsius (104 Fahrenheit), prompting the authorities in Serbia and Croatia to issue warnings to people to stay away from the sun and drink water.
Some citizens of Belgrade - and their dogs - sought relief from the heat at a sandy beach on the river island on the Danube.