Millions of dead fish are washing up over several kilometers in the Matagorda Bay, Texas and nobody knows why! 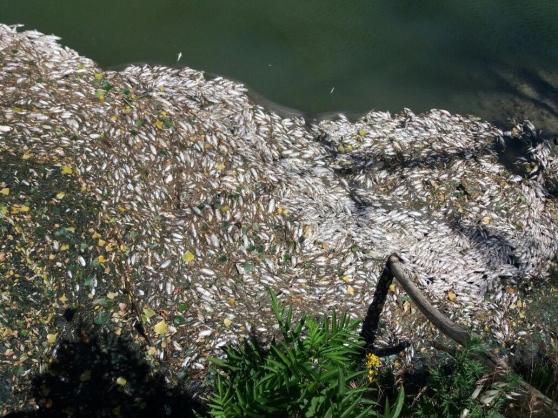 Photo strangesounds.org
There are currently millions and millions of fish dying in the Matagorda Bay, Texas and nobody knows why!
This terrifying video captured at the mouth of the Colorado River shows a sea of dead or dying fish have washed ashore.
Fish are mainly menhaden, but there is a bunch of trout, flounder and red drums mixed in as well. They're all down at the beach ... just look at them all stacked up.
From the sky, the mass die-off spreads over several kilometers.
While the cause of the mass deaths is unknown, they are not uncommon in Texas.
According to Texas Parks and Wildlife, the most common cause of fish kills in the area is low dissolved oxygen.
While this can be the result of human activity, it is in many cases a natural occurrence caused by extreme weather, bacterial and viral disease or parasitic infections.
Sometimes, algal blooms can produce toxins that lead to fish kills.