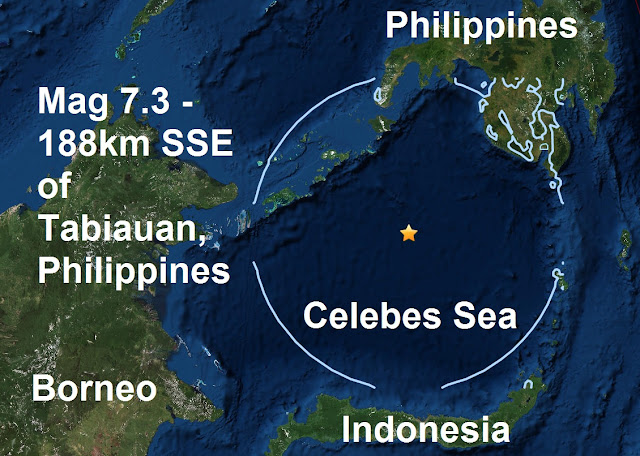 There is No Tsunami Warning, Advisory, Watch, or Threat in effect.
A massive magnitude 7.3 - 188km SSE of Tabiauan, Philippines is the third major quake of January and the 3rd major quake of 2017.
The major quake was very deep at around 612.km

In 2011, the year of the mag 9. Fukushima disaster in Japan our planet suffered 208 major quakes compared to 1911 when just 11 were recorded.Strange: while mag 6 to 6.9 quakes have risen over one hundred years by as much as 450% earthquakes measured at mag 7 or higher have remained increadibly stable over the same period

All research and graphs by Gary WaltonThanks to USGSHome
at January 10, 2017