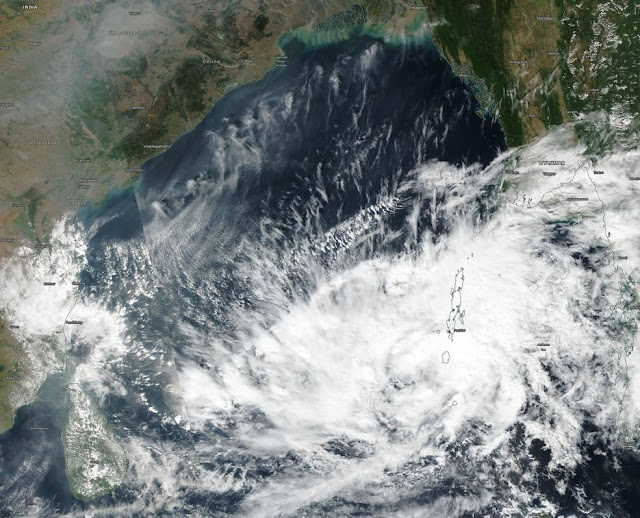 On Dec. 7 the NASA-NOAA Suomi NPP satellite captured a visible image of Tropical Cyclone 05B in the Bay of Bengal. Credits: NASA/NOAA/Goddard Rapid Response Team.

“Residents from Chennai to Visakhapatnam should continue to monitor the situation,” AccuWeather Meteorologist Adam Douty said.
The Andaman and Nicobar islands will face the brunt of the new cyclone’s impacts through Friday as flooding downpours and strong winds batter the islands.
An area of tropical low pressure designated System 99B has consolidated and developed into Tropical Cyclone 05B.
On Dec. 7 the Visible Infrared Imaging Radiometer Suite (VIIRS) instrument aboard the NASA-NOAA Suomi NPP satellite captured a visible image of Tropical Cyclone 05B over the Anadaman and Nicobar Islands. 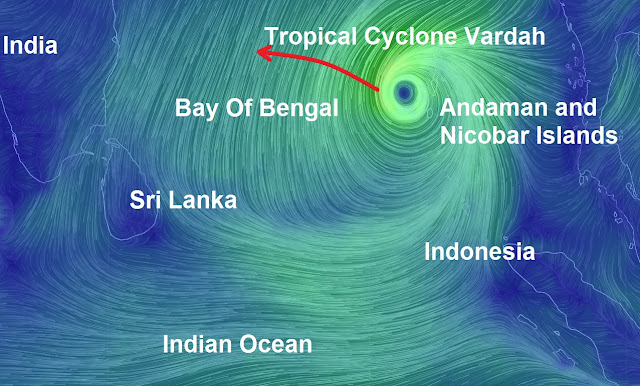 The VIIRS image showed bands of thunderstorms wrapping around the center from the northern to the eastern quadrants over the Anadaman Islands.
The Joint Typhoon Warning Center or JTWC issued the first bulletin on the storm at 10 a.m. EST (1500 UTC) when Tropical Cyclone 05B had maximum sustained winds near 40 mph (35 knots/62 kph).
05B was located near 10.9 degrees north latitude and 91.7 degrees north longitude, about 696 nautical miles south of Chittagong, India.
The JTWC forecast expects 05B to move northwest toward India, where it is expected to make landfall by Dec. 12 south off Visakhepatnam.