Blooms of toxic algae in the North Sea are being investigated as one potential cause behind the “dreadful” death of thousands of seabirds along the east coast. (Many more will have died at sea). The number of seabirds in Scotland has declined by almost 50% since the 1980s. 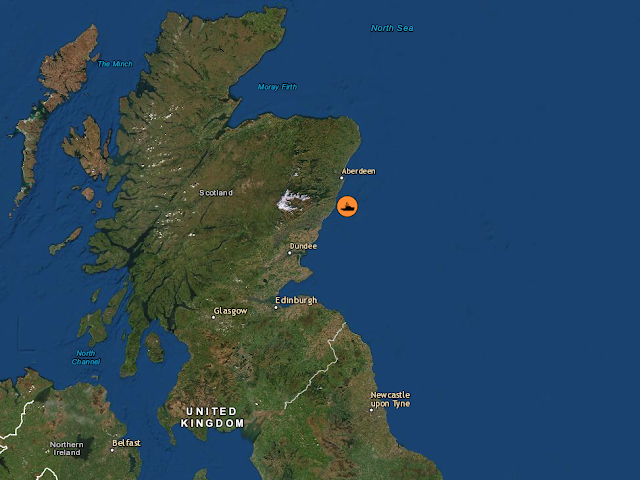 An"unprecedented" number of seabirds have been found dead or starving along the Northumberland and Scottish coasts. Thousands of guillemots and razorbills and smaller numbers of puffins and kittiwakes have been affected but the cause of their suffering is unknown. The UK Centre for Ecology and Hydrology (CEH) has ruled out bird flu but is investigating other possible causes such as poisoning from algal blooms.
Blooms of toxic algae in the North Sea are being investigated as one potential cause behind the “dreadful” death of thousands of seabirds along the east coast. (Many more will have died at sea). Since August, beach-goers have come across alarmingly high numbers of dead or dying seabirds, mostly guillemots, all the way from Northumberland to Orkney. Many of the birds have been severely underweight and emaciated, and those that have survived and been taken to wildlife rescue centers have had a very high mortality rate.

Although a number of possibilities have been put forward to explain the mass die-off, including lack of food, disease, severe weather events, and pollution, there is not yet a consensus on the precise reason to explain the mystery. However, scientists are hard at work investigating the situation to find an answer.

How could algae potentially result in mass seabird deaths?
As part of these efforts, the UK Centre for Ecology and Hydrology (UKCEH) research institute is assessing the possibility that a major bloom of algae could be a culprit. In September, a huge patch of algal blooms was detected by satellite off the northeast coastline. Although this bloom has now stopped, some hypothesize it could have potentially resulted in toxins entering the food chain, and harming seabirds like guillemots.
Paul Walton, head of habitats and species at RSPB Scotland, said: “One possible factor is blooms of toxic algae. “Algae form the phytoplankton basis of marine food chains. “But some species are toxic if they undergo major blooms and makes shellfish inedible for humans on occasion.” Mr. Walton explained the large algal blooms detected have been where some key seabird feeding hotspots are located. He continued: “It is possible that the beaching birds are or have been feeding there and picking up algal toxins via the food chain.
These can be lethal and can disorientate birds and affect behavior. “The research institute UKCEH is seeking to get analyses to confirm or otherwise the role of algal toxins, but these toxins can be difficult to detect with certainty. “Several studies have predicted that climate change will increase the frequency of toxic algal blooms in the North Sea, and in oceans around the world.” Ecologists are particularly concerned about the mass seabird deaths because the animals are already enduring a great deal of hardship. Last month, a report found that the number of breeding seabirds in Scotland has declined by almost 50% since the 1980s.
‘It’s not a typical occurrence’.
Peter Miller, a satellite oceanographer from Plymouth Marine Laboratory, decided to look for anything unusual showing up on satellite imagery of the northeast coastline after hearing stories about the seabird die-offs. He said: “When the seabirds story started to develop, I wondered if there were any algal blooms on the east coast, particularly around Scotland, and I observed the was quite a dense bloom of algae showing on satellite images. “It’s not a typical occurrence, it doesn’t happen there every year, and I was aware of previous episodes in previous years in different countries where toxic algae had caused problems for not just fish, but also animals like seabirds and other predators.
“It’s one of several theories that are being tested.” He continued: “Most algal blooms are completely harmless, and are indeed an essential part of the food chain. “These single-cell plants grow when conditions are good, such as the right nutrients, light, and temperature, and they then provide food for larger plankton, then fish, and the rest of the food chain. “However, in certain situations, some species have the ability to release toxins in the water, and that can cause major problems.
“If there was a large concentration of algae that is releasing toxins, or is toxic to be consumed by fish for instance, then it could happen that the fish would have sufficient poisons in them that seabirds eating the fish could become intoxicated themselves.” Mr. Miller added: “There’s a whole complex story about where seabirds go, at which times, and which ages, so the possibility of an algal bloom in one place is only going to be a potential concern if there are many birds feeding in that area.”

The climate change we are experiencing in this world is geoengineering. If not for that fact our climate change would be heat all year round, we would be absent of winters by now, which truly we are but the climate engineers fake it with their nuclear freezes.

Conditions in summers across the globe are extreme heat and winters are a toxic frozen nightmare across the globe. Example is TX last winter, a southern near tropical place that went to minus zero in ONE extreme EVENT. When will people wake up to this!? Its crazy.
Toxic algae IS toxic, hence the name. Yes it hurts birds and other sea life....duh! Also hurts people.
For this to be so far north most likely means the water is much too warm. That is one of the main causes for this toxic algae to grow. Toxins falling from the sky is another ingredient to its formation.

But hey, I only have years of experience with this toxic algae (FL), what do I know right!??
The main point in this news and most all news today is TOXIC. The planet is toxic, that's why everyone is sick. That is a certainty.

The shit is coming, roll a weed and chill. Amen.