A Conspiracy? Or just plain-fact? We are beginning to see through the thinly veiled bull-sh#t of leaders like President Putin: Or the cowardice of NATO: The manoeuvres of the UN, WHO and the CDC and others and their smug preparations for a dystopian future being planned for us with the World Economic Forum! 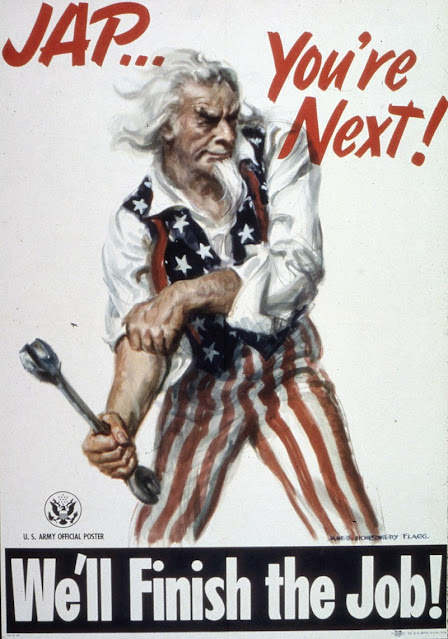 U.S. Army propaganda poster depicting Uncle Sam preparing the public for the invasion of Japan after ending war on Germany and Italy

A Conspiracy? Or just plain-fact?

With video verification, yes, several members of Boris's cabinet have and are resigning, leaving many vacant seats. Haven't seen one msm news report of it yet!
Also, Japan, UK, Turkey, Sri Lanka, and Germany all making news this morning too, financial collapse occurring now or announced will ocurr in 2 weeks to 2 months. One day of fuel left for Sri Lanka, Germany says only 2 months of reserves left.
Again, I have not seen one msm news report on any of this! Usually that means it's real, but I doubt it because the reasons UK is giving for all those resignations is a pathetic weak fabrication that the British people expect their government to be honest and accountable but Boris makes that impossible so they are leaving him. Well if that was true there would be many things in the past they could have applied this thinking to and never did, but did more damage instead, so that's a lie which means the whole drama scene is most likely just another step to take down the global economy by the globalist's.

Before Boris resigned, 55 ministers quit, and 1 was sacked. Almost funny if it wasn't so. . .

You are right Gary, it is almost funny (lol) if it wasn't so.... yea, so embarrassing fits! Haha... an obvious staged fiasco as usual and part of why it IS funny, because it is so stupid! One thing is for sure, "they" are really moving fast now toppling so many things simultaneously.
*Alaska on fire, over 200 wildfires burning and serious smoke cover visible on radar (that's why it is on fire, the purpose not the cause), shade.
Two good info links following up on the mysterious Georgia stones blowing up:

https://healthimpactnews.com/2022-georgia-guidestones-now-completely-demolished-is-humanity-starting-to-wake-up/
(This link has a very good short educational video pretty neutral but matter of fact and good to learn! Interestingly, one day after cern....something I did not know about this stone site....tourist info on site says there is a time capsule buried "6" feet under those stones. Just saying, it's weird! Related to cern? Probably. This for sure was no random crime, another part of the script. Important to keep in mind always, God allowed it, so let's see what's next.)

https://youtu.be/CxhAvNkAYDw
(Georgia guidestones destroyed by a missle is discussed in this link. Same exact video as the first link shows except this link shows an aerial of aftermath debris field and makes a good point to go with this missle theory. Viewing video for me did not sure up that theory, but the debris field absolutely does, so ???)

The new news is your neck of the woods Gary, Dutch farmers protesting over nitrogen regulations...looks like the truckers protest we had here in U.S. that vanished from news and resolved nothing. So makes me suspicious. Oh its happening, it's out there, but is it authentic? I doubt it. Just looking at all the tractors involved on the roads in protest, not one looks like it was ever used to farm. They all looked fairly new, not a spec of farm dirt or wear and tear whatsoever...big clue for me. Pay attention!

This article is funny. Ukraine is fighting for her life against Putin's Nazi regime, and the author thinks Ukraine is doing the UN's dirty work. Such ignorance would be hilarious if it weren't tragic.

The wicked will be wicked until Jesus destroys them all. But even after a 1,000 years of God watching over humans, Satan is released from bondage and still Lucifer can gather an army to defy God And Jesus,that army will lose easily in one breath of Jesus, God bless us all.Amen

If you have noticed, the signs are everywhere what our governments and every leader of a political position that has power and non-elected officials (which are too many to count) are subjecting rules and regulations to the general population all over the world, but not the elites, they are excused from these restrictions. God will judge them accordingly just like you and me. We are all sinners and can't stop sinning until we are purified and changed by God. Jesus did his job by dying as a man on the cross so you "could" be saved if you make the choice to truly believe Jesus Christ is the messiah who came to earth and died for all our sins (past,present, and future). It's a choice to receive God's grace and mercy thru faith in his son Jesus Christ. That window of Grace & Mercy from Faith is closing soon,take the pardon to get heaven, because when the 7-yr tribulation starts there are no more pardons for faith in Jesus. It will go back to Old testament times, remember the 10 commandments, a lot of people will perish. Make the choice b/c your afterlife could be really bad or awesome serving God and Jesus. God bless us all, Amen and thanks Gary for your site.

Gary have you ever heard of Humanity+, bloggers do not change your DNA willingly, getting robot arms or legs is questionable, getting a chip in your brain so you can be smarter and more intelligent than others, very very questionable, God might not recognize you. The technology is out there to change yourself in many ways, Example is Crisper and AI is
exploding at warp speed. I would not be surprised if it's a Quantum computer that get's out of control and helps the antichrist do his deception of man and destroy as many of God's creations to go with him in the lake of burning sulphur, Just my opinion. God bless us all. Amen.

This is a very interesting article, and I enjoy your writing style. I remember decades ago reading Zig Zigler's book, See You At The Top. It was only after I finished reading it that I found out that Zig had published two versions of his book. One was Christian-themed with many references to the Bible, and to God, throughout. The other version was the exact same book but with 100% of all Christian references removed. Now I publish a private subscriber-based newsletter, and if this article was available just stripped of all God references, I would certainly send it to my entire list, with alliteration of course. Unfortunately all the God references would just turn them off, and they'd miss the rest of the message - most of which I agree with, by the way.

Don't believe anyone who says they are a prophet or the messiah, there are no more prophets anymore and you will definitely know when the true messiah comes. God bless us all. Amen.

Anonymous, thank you for your kind words, however, the whole meaning of the post is to draw people to God. To remove Him from the post would annul the article and destroy its credentials!

THERE IS NO CLIMATE CHANGE THAT IS DESTROYING THE PLANET!!!! YOU GOON, THERE IS NO EVIDENTIAL SCIENCE/DATA SHOWING THIS WHAT SO EVER. IN FACT IN MANY THINGS THAT HAPPEN SEASONALLY/ANNUALLY, THEY ARE HAPPENING LESS LIKE HURRICANES AND TORRNADOS AND WE ARE NOT EVEN CLOSE TO THE HOTTESTS OR DRYEST TIMES EVER RECORDED SINCE WHEATHER FIRST STARTED BEING RECORDED.DOCUMENTED. GO JUMP IN A RIVER.

UKRAINE IS HIGHLY CORRUPT AND THE CIA INSTALLED A PUPPET NAZI GOVERNEMNT YEARS AGO AND THEY ARE KILLING THERE OWN PEOPLE AS WELL. DOMBAS IS INDEPENDANT FROM UKRAINE AND HAS BEEN FOR WELL OVER A DECADE AND IS ONE OF THE MANY PLACES THAT UKRAINE LIKES TO ATTACK AND KILL OTHER INNOCENT PEOPLE AS WELL. IF THIS ARTICLE IS ALMOST FULLY FULL OF LIES AND PROPOGANDA. NICE ONION POST.