"Severe heatwave conditions!" Temperatures approaching 50C (122F) to hit large parts of Australia after storms dumped half a month of rain on Tuesday 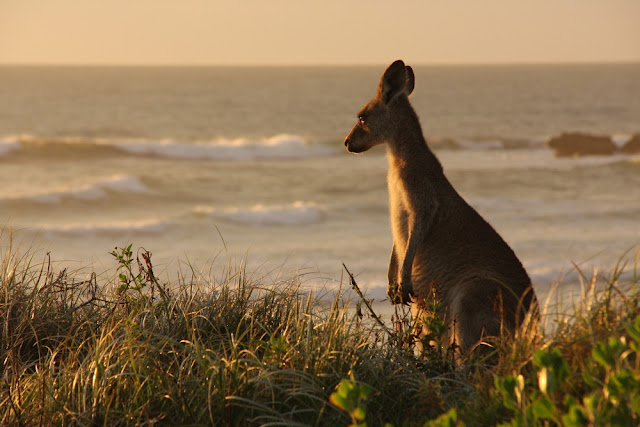 Photo Salon
A band of hot air more than 2,000 kilometres wide is expected to sweep across South Australia, Victoria, New South Wales and Queensland, bringing heatwave temperatures - sometimes over 45 degrees - for vast areas in those states over the next few days.
The Bureau of Meteorology is warning about "severe heatwave conditions" caused by a pool of heated air formed over central Australia that has blocked cooler changes from pushing through. Adelaide will today swelter through a hot, humid day forecast to reach 42 degrees, while Melbourne is tipped to hit 37 degrees.
Just two days after copping half a month's worth of rain, Sydneysiders are set to be hit by the northbound heat.
The weekend is expected to reach 39 on Saturday and 39 on Sunday in the city, and a withering 44, 45 and 44 degrees from Friday to Sunday in the west.
Temperatures today are forecast to remain at a relatively mild 29 and 36 degrees in the city and the west.
The sizzling temperatures come after thunderstorms swept through Sydney and parts of NSW on Tuesday, causing flash flooding, property damage, several flood rescues and evacuations.
Farmer Cameron Cox, 22, was killed after being struck by lightning while checking livestock at a family property in the state's central west during a freak storm in the area.
The storms also caused structural damage to dozens of homes across Sydney, while a sinkhole opened up on Wednesday in the harbourside suburb of Point Piper, where Prime Minister Malcolm Turnbull lives.
The rollercoaster summer weather comes after Sydney recorded its hottest January ever with the average maximum temperature last month at 29.6C.
In Queensland, some remote towns like Birdsville will likely hit 46 degrees as the mass of stagnant hot air moves steadily northeast.
Brisbane will see temperatures in the high 30s on Saturday, Sunday and Monday, cooling slightly into next week.
The Bureau of Meteorology in Queensland's Andrew Bufalino said hot air building in the atmosphere since the New Year had pushed up temperatures in Birdsville and many other parts of the state.
"We have had a stagnant weather pattern that has led to a significant pool of hot air over much of the interior of the country with no significant change of air mass," he said.
Mr Bufalino said records were most likely to be broken in Toowoomba and Applethorpe.
The scorching temperatures over coming days could raise fears of more power blackouts after electricity was cut to about 40,000 properties across South Australia late on yesterday as authorities imposed load shedding to deal with high demand on supplies.
In the state's regional centres maximum temperatures are expected to go even higher with Tarcoola set to have 47C and Port Augusta, Moomba, Marree, Coober Pedy and Oodnadatta all forecast to hit 46C.