A magnitude M6.3 - 43km NE of Huarichancara, Peru is the first major quake of December. 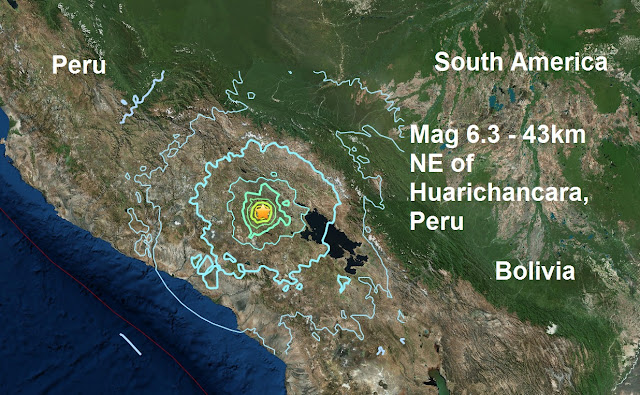 A shallow (10km), magnitude M6.3 - 43km NE of Huarichancara, Peru is the first major quake of December.
Today’s quake is the 125th major quake of 2016
A green alert for shaking-related fatalities and economic losses has been placed. There is a low likelihood of casualties and damage.

Structure Information Summary
Overall, the population in this region resides in structures that are vulnerable to earthquake shaking, though some resistant structures exist.

Secondary Effects
Recent earthquakes in this area have caused secondary hazards such as landslides that might have contributed to losses.