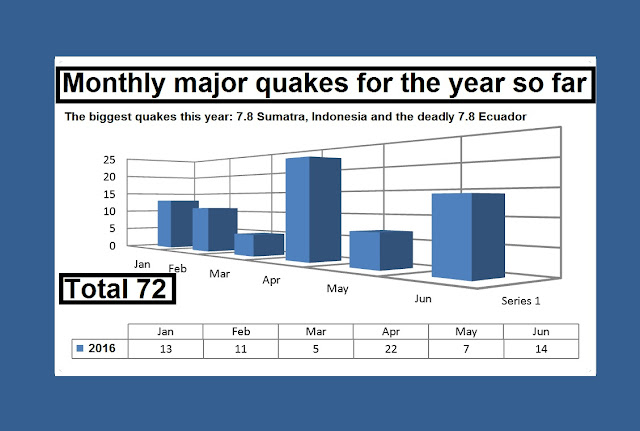 A magnitude 6.1 - 67km WNW of Namatanai, Papua New Guinea is the 12th major quake of June
A mag 6.1 - Northern Mid-Atlantic Ridge is the 11th major quake this month

Yes , we in the U.S.A., at the least the ones with any sense, all know that the USGS downgrades events to suit themselves or rather just to keep us from having a panic. Thats why you have such a large following. We rely on you to tell us the truth. a lot of people want to live with their heads in the sand,meaning they don't want to know the truth. At any rate I think your following is much more than 5 million now. I've been trying to watch yellowstone ,mainly through people posting on u tube. The USGS has shut down the webcams at yellowstone. If you watch them you can see that they are playing tapes. Thinking it is getting ready to blow. Keep up your good work and I pray the governments don't take down your site.

Amen! God Almighty has the final Word. Guard your soul. Stay close to The Almighty God of hosts. Do not be afraid. Be aware. Teach the Truth according to The Most High God to all that will listen. In the Holy Name of Jesus Christ, I pray peace upon all in these troubled times. Come Lord Yahshua.