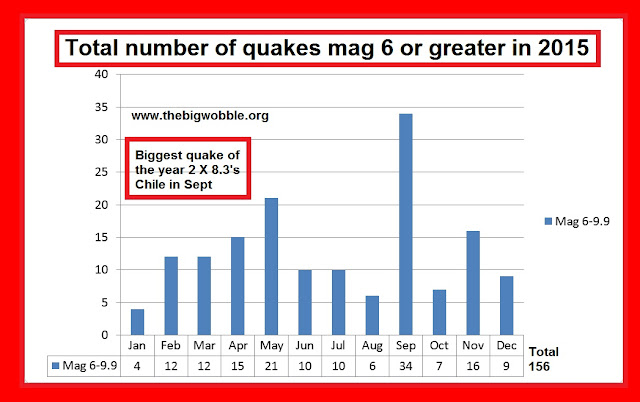 A total number of 156 mag 6 or greater was an average amount of major quakes for 2015, September having the most with a surge of 34 mag 6 +er's and January having the least with 4.
The biggest quakes of the year was the 2 mag 8.3's in Chile in September.
Are major quakes increasing?
The general consensus is yes but the graph below showing major quakes since 2000 suggests different.
2011 had the highest amount with many striking northern Japan and Fukushima and registering a mag 9.0.
2012 the year many thought would be our last here on planet earth registered the least with a mere 133. 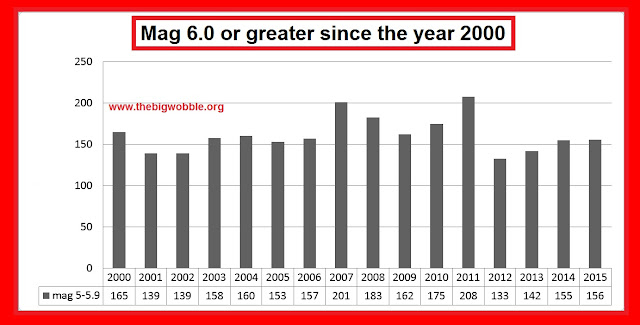 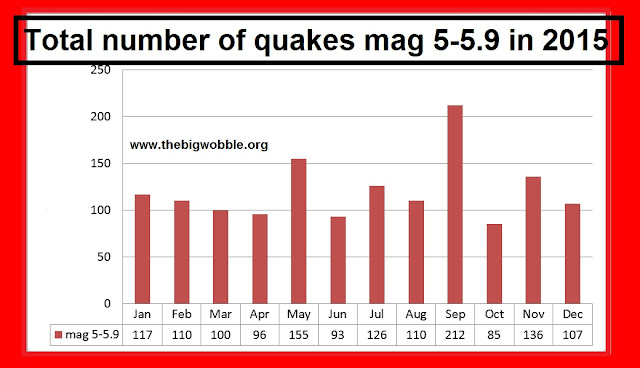