The Watcher On The Wall—A Catalogue Of End Time Prophesies 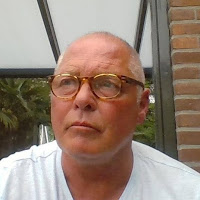 'The Watcher On The Wall' is a book which I started four years ago and constitutes my passion for uniting Bible prophecy with our often difficult modern times. Many of you who are regular visitors to The Big Wobble will already be familiar with my work. A Catalogue Of End Time Prophesies brings together nearly twenty years of study and research.

If you are familiar with my work and can help me publish my first book please contact me at gazbom56@gmail.com.

The Watcher On The Wall—A Catalogue Of End Time Prophesies

Back in 2017 my Mum, Tina Miller, whom I have coffee with almost every morning over the phone said, 'I have found a website that's unique and full of truth. You have got to hear this, now... listen to this!' And thus started a morning routine of beginning my day with the thought-provoking insights from Gary Walton of The Big Wobble. Because I needed a special computer screen that would work with my Photosensitive Epilepsy that was not in my budget, she would daily feed me this 'have to know' information. Since then, this has been the first news source I check above all others. I realised right off the get-go that Gary was what is referred to in the Bible as a “Watchman!”

Watchmen in the Bible were guards responsible for protecting towns and military installations from surprise enemy attacks and other potential dangers. Ancient Israelite cities often stationed Watchmen on high walls or in watchtowers. Their job was to keep watch and warn the townspeople of impending threats. The Hebrew word translated “watchman” means “one who looks out,” “one who spies,” or “one who watches.” Sometimes Watchmen were scouts who looked out for approaching friends as well as enemies. The Bible also refers to Watchmen in a spiritual sense. God appointed prophets as spiritual Watchmen over the souls of His people: “Son of man, I have made you a Watchman for the people of Israel; so hear the word I speak and give them warning from me” (Ezekiel 33:7; also Hosea 9:8).

I am confident that the God that Ezekiel and Hosea served created Gary to be a 'Watchman on the Wall' to warn us during these precarious days about what is approaching. I believe this is why he was born so that we who have ears to hear can take whatever appropriate action is needed as he heralds a cry and blows the shofar to alert of the gathering stormy battle. Gary, a very humble man is not only a spiritual Watchman, but one that screams at the top of his lungs the warnings that help us stay physically, mentally, and emotionally healthy. He is a man that I am proud to hold close in friendship, one that I consider my brother, one that will not back down from upholding God's truth, a man who was born to carry out a special mission in these final days.... a Watchman!

On rare occasions throughout life, one meets another whose heart, mind, and spirit are so connected to your own that you cannot help but feel like you have met a clone of yourself. Such it was years ago when my path crossed with Gary Walton of The Big Wobble.

His passionate drive to see truth triumph and lies and deceit exposed parallels my own. He's no-nonsense as he meets life head-on. His knowledge, extensive and in-depth research for 'facts' while unveiling hidden truths has gained my utmost admiration. I love the way in which he uncovers FACTS: Finding All Connecting Threats Systematically.

Gary is an inspiration to multitudes as he reports reality through the lens of truth, showing us what is 'really' going on in our world.

And last, but not least, his fervent love for God's Word and its Truths is perhaps that which we have the most in common. I'm honoured and privileged to call him my friend.