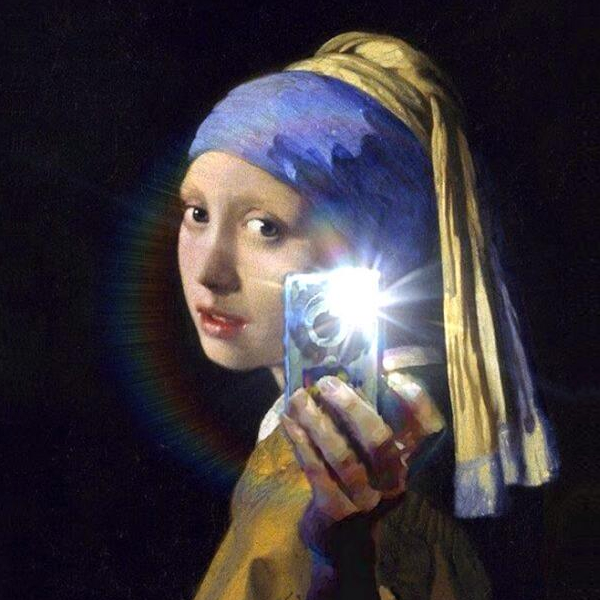 For all enquiries for advertising, sponsorship or donations please Contact... thebigwobble.org at gazbom56@gmail.com

Or leave a message below!

The Big Wobble is a Dutch registered company KvK No 67568157

i have dozens of research documents' from Havard, Smithsonian, Nasa, etc databases, - stating' how' MASS EXTINCTIONS on planet earth that coincide with ' the' CELESTIAL OBJECT' ( THESE ARE ALL CREDIBLE SOURCES' not' CONSPIRACY WEBSITES' ) - there is actually LOTS of documentation discussing the' fact that' this ' object has perturbed much of the solar system ( even the moon , gravitational anomilies the planets ) but also disturbed' debri ( asteroids, comets, meteors) from the Oort cloud, Saturn and Jupiter USED to be a barrier but not anymore, I have MORE of these just wanted you to see' a couple'

Abstract
The 27 Myr period in the fossil extinction record has been confirmed in modern data bases dating back 500 Myr, which is twice the time interval of the original analysis from 30 years ago. The surprising regularity of this period has been used to reject the Nemesis model. A second model based on the Sun's vertical Galactic oscillations has been challenged on the basis of an inconsistency in period and phasing. The third astronomical model originally proposed to explain the periodicity is the Planet X model in which the period is associated with the perihelion precession of the inclined orbit of a trans-Neptunian planet. Recently, and unrelated to mass extinctions, a trans-Neptunian super-Earth planet has been proposed to explain the observation that the inner Oort cloud objects Sedna and 2012VP113 have perihelia that lie near the ecliptic plane. In this Letter, we reconsider the Planet X model in light of the confluence of the modern palaeontological and outer Solar system dynamical evidence. http://adsabs.harvard.edu/abs/2016MNRAS.455L.114W

Abstract
A model in which the 26-Myr mass extinction cycle of Raup and Sepkoski (1984) is associated with the orbital period of a solar companion star is investigated. The required semi-major axis is about 88,000 A.U., or 1.4 light year. Its highly eccentric orbit (e greater than about 0.9) periodically brings the companion into the dense inner region of the comet cloud where it perturbs the orbits of large numbers of comets, initiating an intense comet shower in the solar system which results in several terrestrial impacts of a period of 100,000 to a million years. The companion probably has a mass in the black dwarf range of 0.0002 to 0.07 solar masses, depending on its eccentricity and the density distribution of comets in the inner cloud, and is potentially observable in the infrared. http://adsabs.harvard.edu/abs/1984Natur.308..713W

If you want to publish your findings on The Big Wobble contact me here gazbom56@gmail.com

Abstract
We analytically work out the long-term variations caused on the motion of a planet orbiting a star by a very distant, pointlike massive object X. Apart from the semi-major axis a, all the other Keplerian osculating orbital elements experience long-term variations which are complicated functions of the orbital configurations of both the planet itself and of X. We infer constraints on the minimum distance d X at which X may exist by comparing our prediction of the long-term variation of the longitude of the perihelion {\varpi} to the latest empirical determinations of the corrections {Deltadot\varpi} to the standard Newtonian/Einsteinian secular precessions of several solar system planets recently estimated by independent teams of astronomers. We obtain the following approximate lower bounds on d X for the assumed masses of X quoted in brackets: 150-200 au (Mars), 250-450 au ({0.7 m_{oplus}}), 3500-4500 au (4 m Jup). http://adsabs.harvard.edu/abs/2012CeMDA.112..117I
=============================================
Evidence for a Distant Giant Planet in the Solar System
Authors:
Batygin, Konstantin; Brown, Michael E.
Affiliation:
AA(Division of Geological and Planetary Sciences, California Institute of Technology, Pasadena, CA 91125, USA), AB(Division of Geological and Planetary Sciences, California Institute of Technology, Pasadena, CA 91125, USA)
Publication:
The Astronomical Journal, Volume 151, Issue 2, article id. 22, 12 pp. (2016). (AJ Homepage)
Publication Date:
02/2016
Origin:
IOP
DOI:
10.3847/0004-6256/151/2/22
Bibliographic Code:
2016AJ....151...22B

Abstract
Recent analyses have shown that distant orbits within the scattered disk population of the Kuiper Belt exhibit an unexpected clustering in their respective arguments of perihelion. While several hypotheses have been put forward to explain this alignment, to date, a theoretical model that can successfully account for the observations remains elusive. In this work we show that the orbits of distant Kuiper Belt objects (KBOs) cluster not only in argument of perihelion, but also in physical space. We demonstrate that the perihelion positions and orbital planes of the objects are tightly confined and that such a clustering has only a probability of 0.007% to be due to chance, thus requiring a dynamical origin. We find that the observed orbital alignment can be maintained by a distant eccentric planet with mass ≳10 m⊕ whose orbit lies in approximately the same plane as those of the distant KBOs, but whose perihelion is 180° away from the perihelia of the minor bodies. In addition to accounting for the observed orbital alignment, the existence of such a planet naturally explains the presence of high-perihelion Sedna-like objects, as well as the known collection of high semimajor axis objects with inclinations between 60° and 150° whose origin was previously unclear. Continued analysis of both distant and highly inclined outer solar system objects provides the opportunity for testing our hypothesis as well as further constraining the orbital elements and mass of the distant planet. http://adsabs.harvard.edu/abs/2016AJ....151...22B

SURE, will do, ( just don't have time right now, BUT I ABSOLUTELY WILL, I am glad to have found this website, I have found that' nobody on youtube or in the truth community is really doing any viable research especially on the subjects you're tapping into I SO APPRECIATE ALL THE EFFORT!!! I HAVE lots of research on many of these subjects - once you see how manyt research documents state how these mass extinctions' GO along with all of this, it's staggering ' actually!! THANK YOU FOR RESPONDING'

have not seen anything from you for quite a while... hope every thing is ok with you. miss your posts

Will your site return or be updated? I really miss it. I wish you all the best, God bless and keep you and your family always.

Yes it will Green Sleeves, thanks we are all fine.

How much this affects the wobble, I don't know, but there are spirals of less gravity than the norm on the face of the earth. The two I am most sure of are at Giza and in Florida. The Egyptian one passes directly through the peaks of the three main pyramids and its less gravity drew up the Giza area to make it into a plateau. The one in this hemisphere starts at Corkscrew Marsh; as it gets larger it goes through Corals Castle and over the keys, which it caused to form. the reason why these islands aren't perfectly on the golden-mean spiral is due to local tides and currents. See, the once and future osiris.blogspot.com, and cydoniaresurrection.com. My e-mail is joerfutureage@yahoo.com

Gary
Very nice interview with Caroline Rosen. You hit on so many climate CHANGED talking points. I am glad I have been researching and reading about these things for close to 20 years now. Things I may have thought to be conspiracy falsehoods or fearmongering in the 90's I see daily now. I do miss your videos where you narrate through the events. I noted that you were gone awhile and quite worried you had been taken down or ill. Glad to hear you are alive. Take care And God bless

RE: Carol Rosin Radio Show January 27th, 2017
RE: Cause of the Earth Changes, Animal Extinctions, Etc.

I have followed The Big Wobble for years.

In all the discussions I've listened to online over the years, I've not heard anyone consider that what could be happening is:

1) A normal physical, spiritual growth/evolution process for the Earth. One that needs to take place, has happened many times before & is cyclical. And, rather than agonizing over it & trying to stop it, we need to put our energy into figuring out how to help each other best deal with it & prepare our Souls/Spirits for what's to come.

2) Maybe this is part of a cleanup/correction/rebalancing process for the damage we've done to Mother Earth.

For us this is crisis & catastrophe, but considering that ALL life, plants/animals/humans, is Spiritual (ie. eternal), maybe, from billions of years' perspective, this is all in a day's work for Mother Earth, so to speak.

Thanx for all your great work!

Hi Cynthia
Thanks, I would totaly agree if everything I report was natural, however so much of the chaos on our planet right know is NOT NATURAL but man made, we not nature are destroying the planet