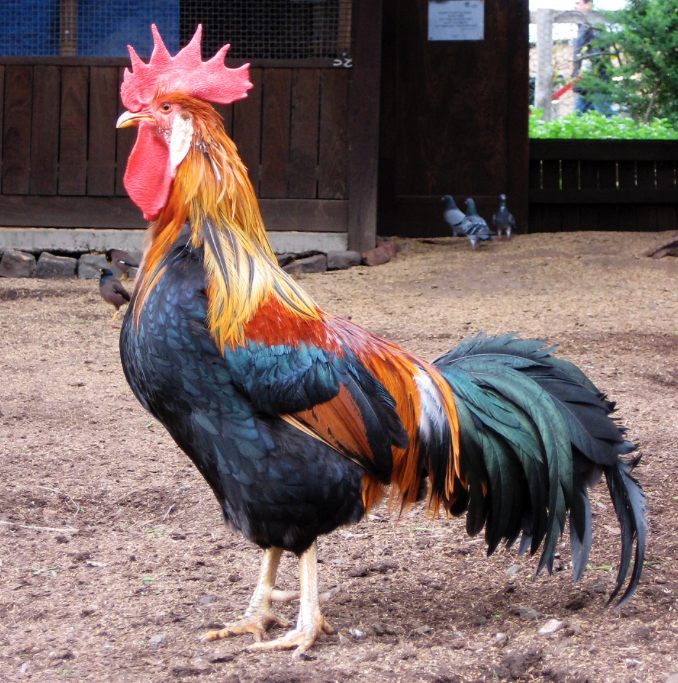 Credit Wikipedia
Around 100,000 Gressingham ducks will be culled at four linked farms near Watton after a major East Anglian poultry producer confirmed its second bird flu outbreak in eight days. Gressingham Foods, the UK's largest duck producer, says a highly-pathogenic strain of avian influenza (AI) has infected a flock run by its supplier Green Label Poultry at Foulden Road in Ickburgh.
Starting today, all 100,000 birds will be humanely culled across the complex of four neighbouring duck-rearing units, to prevent the disease spreading. It follows an outbreak eight days earlier at Homelea Farm in Great Ellingham, near Attleborough - also run by Green Label Poultry - which prompted the cull of 8,000 Gressingham ducks.
Meanwhile, in Ireland,  a large poultry flock is to be culled in County Antrim, after an outbreak of bird flu. 30,000 birds are to be destroyed as a precautionary measure at the farm near Clough. It is the first time the disease has been detected in a commercial flock in Northern Ireland since 1998 The outbreak affected a business rearing young hens for egg production and it is understood there are other poultry farms in the area. It will mean certain movement restrictions in 3km and 10km protection zones around the affected farm, with potential trade implications for other poultry businesses there.
In Sweden,  SVA is currently investigating the cause of an avian flu infection. Most likely, the virus came indirectly, via wild birds. The avian influenza virus H5N8 has been detected at a large facility in Skåne, the Swedish Board of Agriculture and the Swedish Veterinary Institute, SVA, announce. The killing of the facility's 18,000 animals will begin on Tuesday. - We know that the infection is great in mainly aquatic wild birds, which means that the risk is great in coastal areas and near lakes, says Malin Grant, an epidemiologist at SVA to ATL and continues: - Geese, for example, can excrete large amounts of viruses and under prevailing weather conditions, when it is cold and lacking sunlight, it can survive quite a long time.
Meanwhile, Sweden's neighbour Denmarkhave detected a bird flu outbreak on 1 January as part of the country's farm surveillance efforts. Around 9,000 birds will be culled to prevent the spread of the virus. Animal health authorities are asking poultry farmers and bird keepers to adhere to strict biosecurity measures and to prevent contact between domestic birds and wild birds.