Flooding from heavy rains in Niger has killed at least 45 people this week and forced more than 226,000 from their homes. Prime Minister Brigi Rafini blames climate change for the carnage. 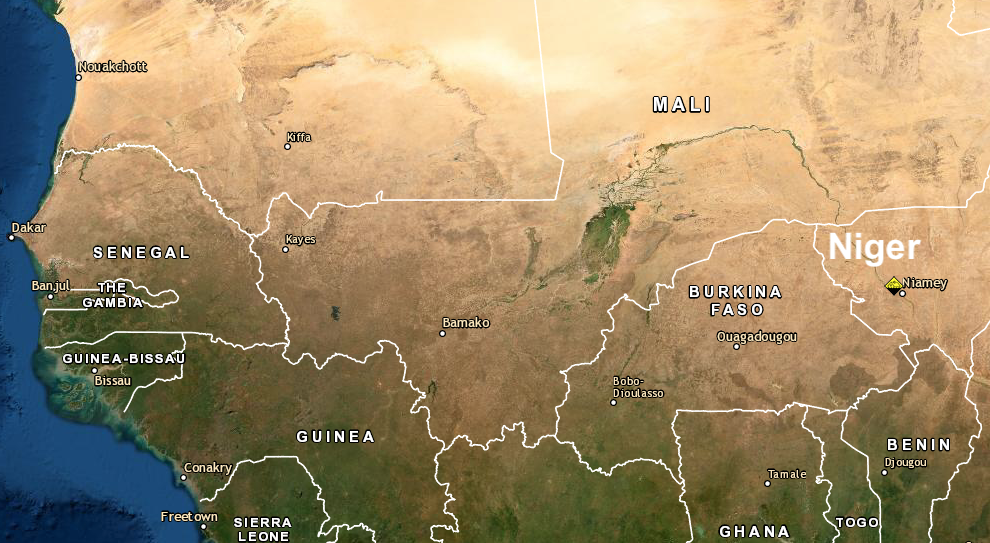 RSOE Alertmap
Flooding from heavy rains in Niger has killed at least 45 people this week and forced more than 226,000 from their homes, officials in the West African nation said Friday. Niger's western region has been hardest hit by days of rain that caused the Niger River to overflow, essentially shutting down the capital, Niamey.
Dozens of mud homes have collapsed along the river in the Kirkissoye district and rice fields are submerged. Prime Minister Brigi Rafini, who visited the affected neighbourhoods and families, was outraged. "This situation is difficult" and should not have happened in view of the river dyke rehabilitation work carried out just before the rainy season, he said. "I thought that the capital of Niamey was safe from flooding." He said additional efforts will be made to protect other threatened areas. With climate change, "we are never safe from floods," the prime minister warned.
An emergency appeal had been launched for populations in flood-prone areas to abandon their homes. Since Monday, rains and flooding have affected at least 25,800 homes, according to the Council of Ministers. In addition, 64 classrooms and 24 mosques have collapsed and hundreds of granaries are damaged, the government said. Niger suffers flooding annually, forcing many families to take refuge in schools and makeshift shelters. In 2019, at least 57 people were killed and more than 132,500 were displaced by the rains, according to the government.
Extreme Weather 2020
Front Page

Why do you not mention the cosmic ray maximum we are in? And the science that has proven increase cosmic rays cause increased cloud nucleation.

I have no idea what you are talking about?

The cloud mystery, svensmark. His work proved increased cosmic rays, Cause increased cloud nucleation. We are living in a cosmic ray maximum. Wich is controlled by our our weakening magnetosphere. Bottom line is science is proving our weather is controlled by the sun. And as soon as we get past the indoctrination and dogma, maybe we can prepare for it.

"Science is proving our weather is controlled by the sun." I certainly agree with you there.